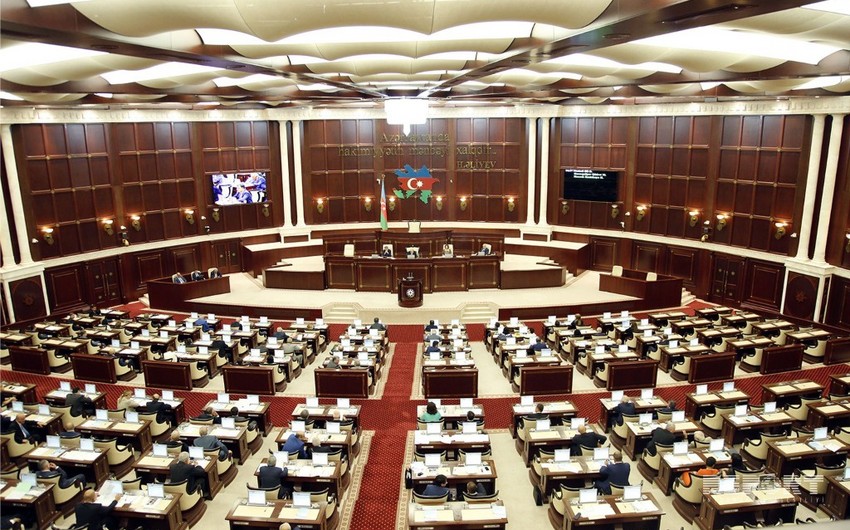 Baku. 9 December. REPORT.AZ/ Time and agenda of the next plenary session of Milli Majlis has revealed. Report was told by the spokesman for Azerbaijani Parliament, Akif Tavakkuloglu, the agenda scheduled for December 18 meeting includes 41 questions.

According to him, some of the issues to be discussed are related to the approval of intergovernmental agreements and some of the documents: "At the same time, the meeting will discuss the changes and amendments to the laws "On Notary","On the border troops", "On State Duty", and the Civil Code."

A.Tavakkuloglu added that besides, the deputies will present to the discussion the project of recently prepared Code of Administrative Offences and the draft law "On the legal entities of public law".