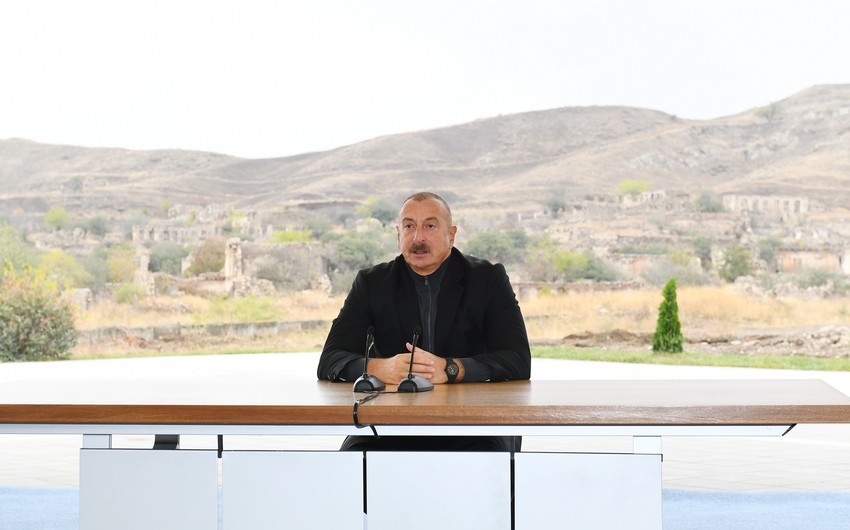 The significance of the Jabrayil operation was also that after the liberation of Jabrayil, we were able to successfully move to other then-occupied regions, Azerbaijani President, victorious Supreme Commander-in-Chief Ilham Aliyev said at a meeting with representatives of the public of Jabrayil district, informs.

The head of state reminded that after Jabrayil, Zangilan, Gubadli, and the southern part of the Lachin district were liberated from the occupiers.

“Consequently, we were able to take full control of the Lachin corridor, and I want to say again that for several days there were fierce battles for the villages of Soltanli and Amirvarli, and this was one of the places where the Armenian army showed resistance and built large fortifications,” said the president.