Protest to be held in Nardaran against Charlie Hebdo's re-publication of prophet's caricature Chairman of the Council of Elders Karbalayi Natig: The protest movement to be held at Imam Hussein square 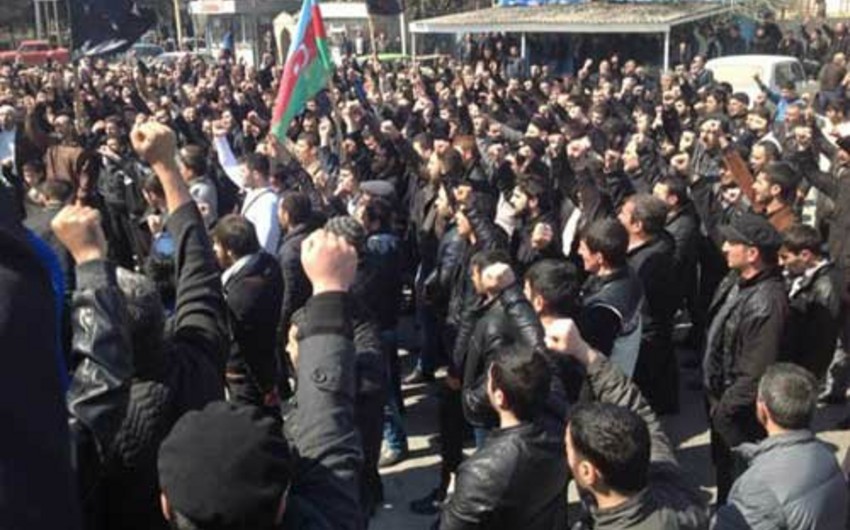 Baku. 19 January. REPORT.AZ/ On January 21 at 14: 00 protest will be held in Nardaran. Report was told by the chairman of the Council of Elders Karbalayi Natig Karimov.

He said that the protest to be held against repeated offensive cartoons of the prophet of Islam after the terrorist attacks regarding this fact that took place in France: We protest against insulting publications against Islam.We also protest against terrorism.

The protest movement will be held at Imam Hussein square and we have invited all villages to the meeting.

As a result of terrorist attacks in France in the last three days killed 17 people by Islamic extremists - 10 employees of satirical newspaper Charlie Hebdo, four hostages in a Paris shop of kosher products, as well as three police officers.