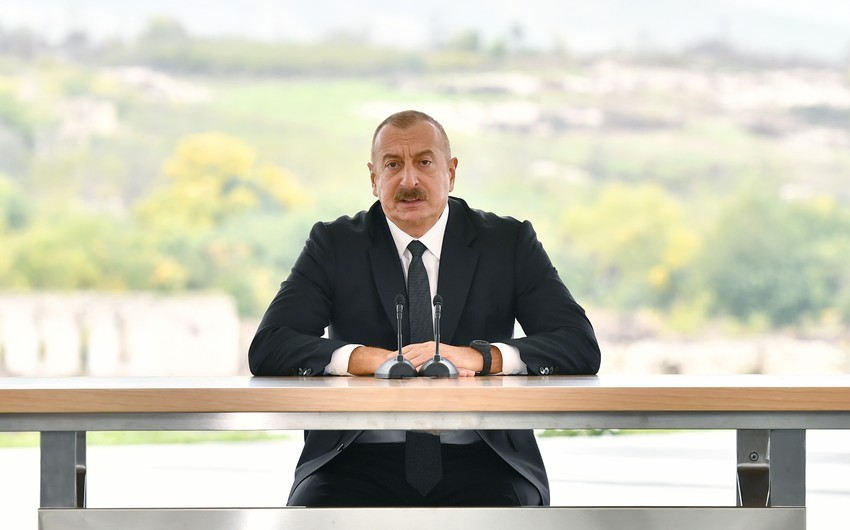 "During the difficult period in the history of Azerbaijan, the great leader Heydar Aliyev returned to power at the request of the people, and the threat of losing independence again was prevented," President Ilham Aliyev said in his address to the people of Azerbaijan on the occasion of the 30th anniversary of Restoration of Independence, Report informs.

"In a short time, the basic principles of our country's independent domestic and foreign policy strategy were identified, socio-political stability, state discipline were ensured, democratic reforms and the army-building process begun. Azerbaijan gained a special position on the world energy map by participating in the Contract of the Century, which plays a decisive role in terms of its future, and took concrete steps to join the global economic integration process," the head of state said.