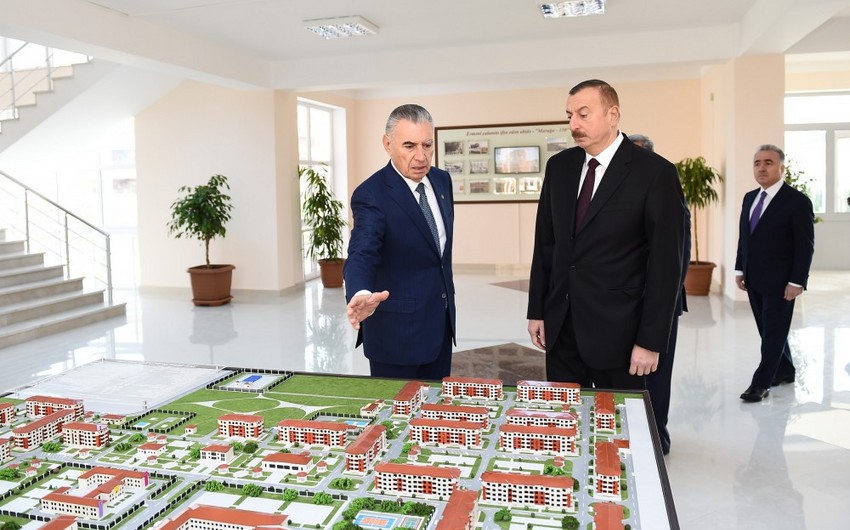 Azerbaijani Deputy Prime Minister, chair of the State Committee for Refugees and IDPs informed the President that 1,170 apartments occupys a total area of 88,000 square metres. The four-storey buildings have 120 one-room, 504 two-room, 472 three-room and 80 four-room apartments.

The head of state viewed the 1,200-seat school at the complex. The school also features information about the "Maragha-150" monument which exposes the territorial claims of the Armenians against Azerbaijan.

After familiarizing himself with the canteen and library of the school, President Ilham Aliyev met with representatives of the district's general public and IDPs, and posed for photographs together with them. 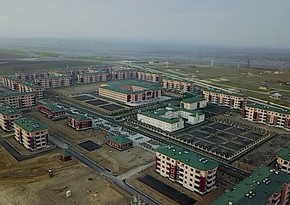 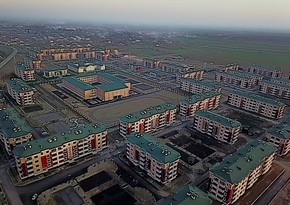 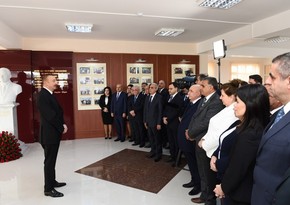 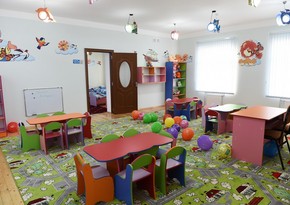 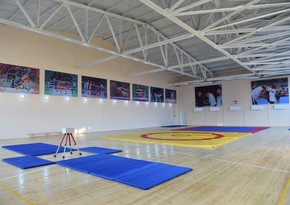 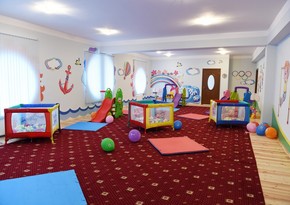 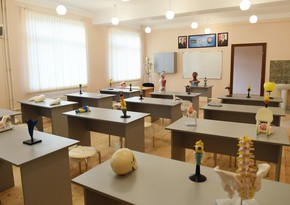 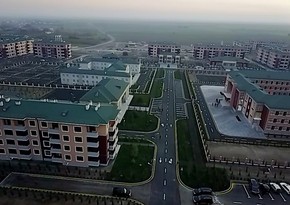 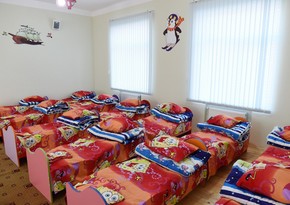 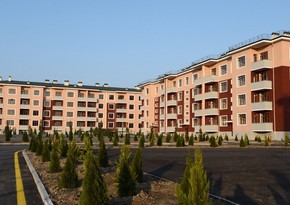