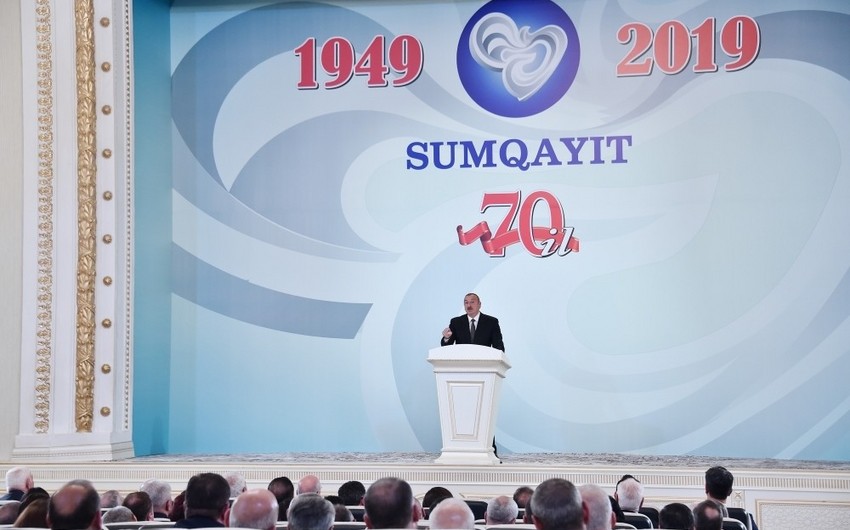 President of the Republic of Azerbaijan Ilham Aliyev has attended an event to mark the 70th anniversary of the city of Sumgayit held at Sumgayit State Drama Theater, Report informs citing AzerTag.