President Ilham Aliyev arrived in Aghstafa district for a visit 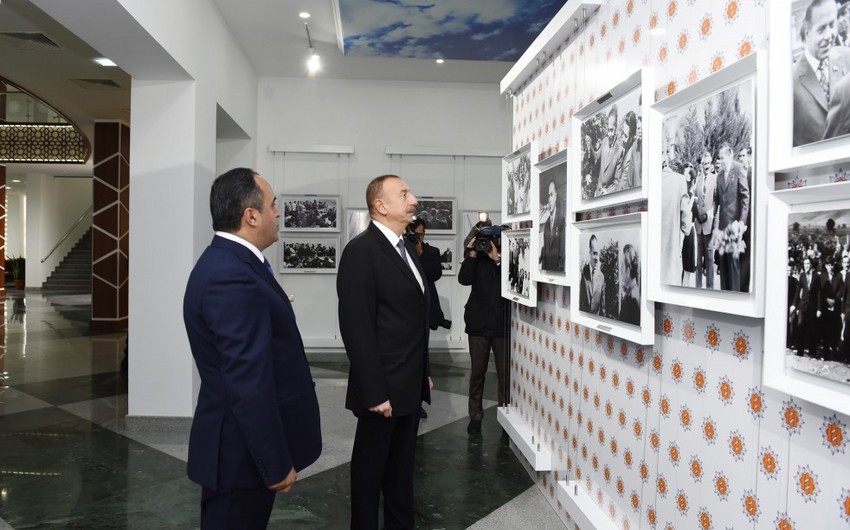 Baku. 19 October. REPORT.AZ/ President of the Republic of Azerbaijan Ilham Aliyev has today arrived in Aghstafa district for a visit.

Report informs, the head of state first laid flowers at a statue of national leader Heydar Aliyev in the center of the city of Aghstafa.

Head of Aghstafa District Executive Authority Maharram Guliyev informed President Ilham Aliyev about the landscaping and reconstruction work carried out around the statue. Large greenery was laid out, and a state-of-the-art lightning system installed in the area.

As part of his visit to Aghstafa, President of the Republic of Azerbaijan Ilham Aliyev has viewed conditions created at the newly renovated Heydar Aliyev Center.

The construction of Heydar Aliyev Center started in February, 2008, and the building was inaugurated in September of the same year with the participation of President Ilham Aliyev. The repair and reconstruction work was carried out in the building in January-February, 2016. A 320-seat open air concert scene was built in the center. A bas-relief of national leader Heydar Aliyev was installed in the foyer of the four-storey building. There are exhibition halls featuring photos reflecting the national leader`s life and activity.

Exhibition halls of “Saloglu” furniture and "Akkord" sewing factories opened in the center. A 400-seat auditorium is supplied with modern sound equipment. The Center also has a small movie theatre and two conference halls. 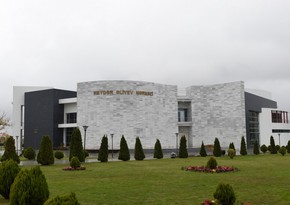 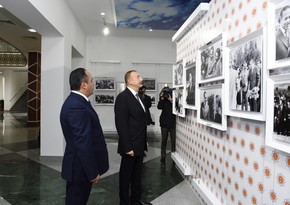