President Aliyev says portraits carried during march presented to martyrs' families We have liberated our lands from the occupiers at the cost of their lives. Every martyr will live forever in our hearts, in the hearts of the Azerbaijani people 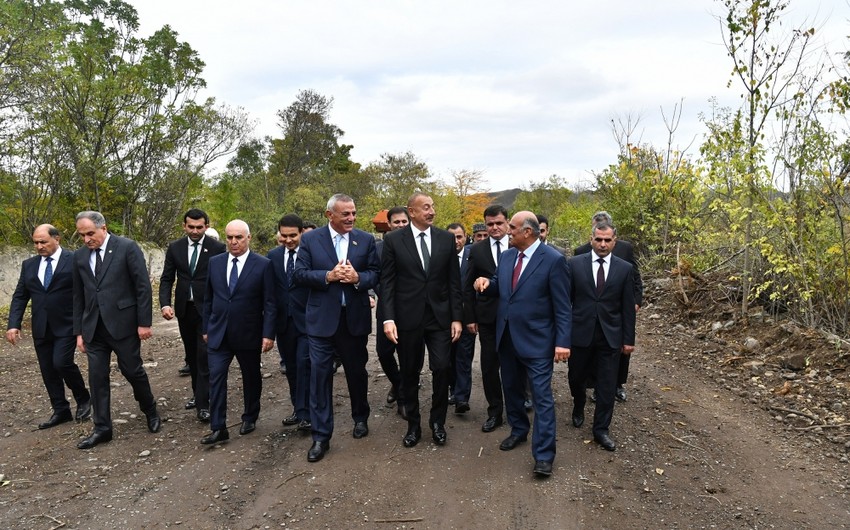 "May Allah rest the souls of all our martyrs in peace. We have liberated our lands from the occupiers at the cost of their lives. Every martyr will live forever in our hearts, in the hearts of the Azerbaijani people," President Ilham Aliyev said at a meeting with the public of Zangilan district on October 20 in a conversation with Abdul Nochuyev, the father of the Hero of the Patriotic War, martyr Surkhay Nochuyev, Report informs, citing .

According to the head of state, specific work is underway to perpetuate the names of Azerbaijani martyrs, and this will continue to be the case:

"The march organized on the Day of Remembrance showed the unity of all the Azerbaijani people, showed our respect for the memory of our martyrs. The portraits carried during the march were presented to the families of the martyrs as a beautiful souvenir on my instructions. Because even though they were not physically there with us, they went with us on this Victory march. In other words, all of Azerbaijan was there on that day. Their souls are happy today. They did not live long, they died young, and they died as martyrs. But they will always live in our hearts.

"In your person, I would like to express my gratitude to all their parents as President and Supreme Commander-in-Chief. Because our martyrs were consciously going to die. We all know that breaking through those fortifications in heavy battles, crossing them, and climbing mountains, those steep mountains, especially in the Shusha operation, required an unprecedented example of heroism in history. Only people who grew up in the national spirit could do that. Parents like you raised them in the national spirit and gave them to the Motherland. And they also gave their lives for the Motherland. I heartily congratulate you, thank you, and embrace you," the head of state said. 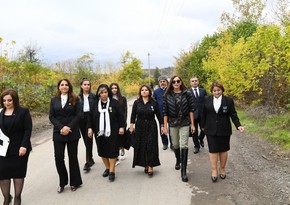 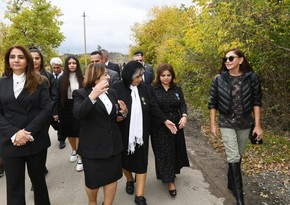 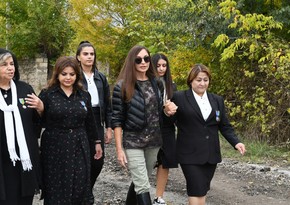