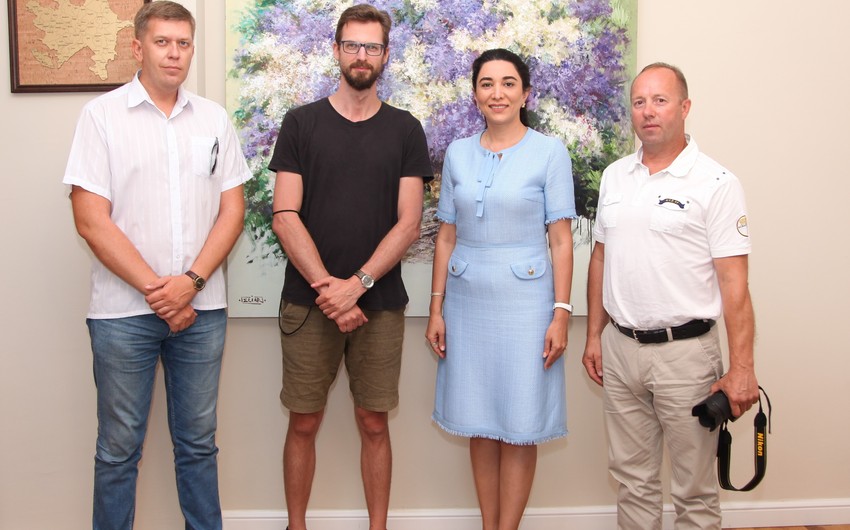 The meeting focused on the film covering the First Karabakh War and the bloody act of genocide, in which the journalist was a direct witness and participant.

Richards Lapaitis, a military journalist, said that he met with survivors of the Khojaly massacre during the filming, listened to the heartbreaking stories of those who lost loved ones, and conveyed the Armenian atrocities to the world community.

The sides also exchanged views on a new documentary about the 44-day war. The guest was informed about the multifaceted activities carried out by the Ombudsman during and after the war and the fact-finding missions. The parties also discussed prospects for future cooperation.

In conclusion, the guest thanked Sabina Aliyeva for the warm welcome.