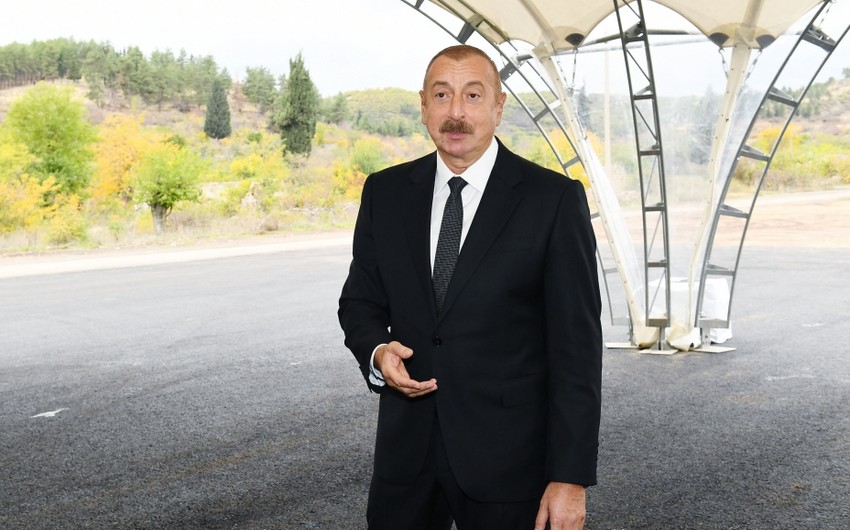 "This is a victory of all us, a victory of the Azerbaijani people as our people did not bow down during the occupation, did not reconcile with the situation, did not forget their homeland," President Ilham Aliyev told a meeting with the public representatives of Zangilan District, Report informs.

"Even young people, who did not see these lands, burnt with the desire to liberate these lands, and they were the ones who died for. Those children, who were born after the occupation, were in the first row, and perhaps they were 5-10 years old when the occupation occurred. In other words, this shows that our people were waiting for this holy day of victory, and despite all the difficulties and sufferings, they were waiting for this day and believed that this day will come," the president said.