Ministry: Another meeting of Azerbaijani, Armenian FMs not ruled out 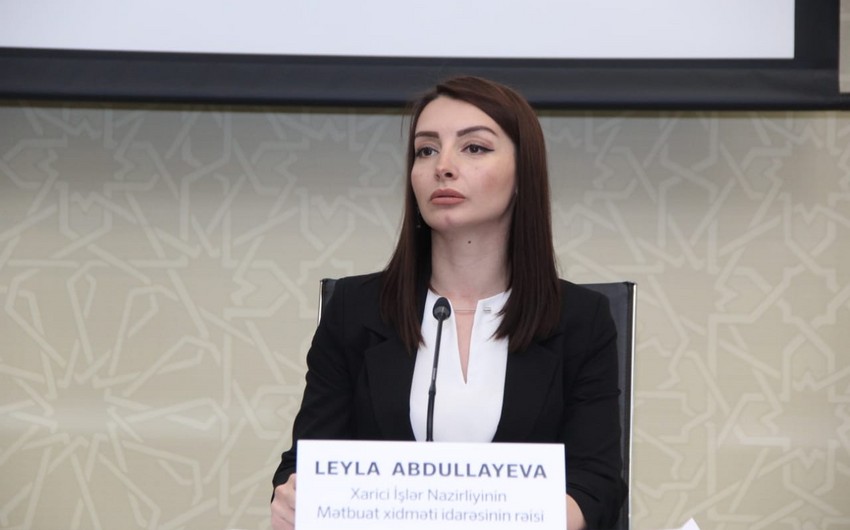 Abdullayeva noted that the Azerbaijani side is always open to dialogue.

According to her, Azerbaijan prefers to resolve any disagreements through negotiations.

“We have repeatedly stated our readiness to negotiate with the Armenian side in the post-conflict period. We consider it helpful to discuss issues related to the normalization of Armenian-Azerbaijani relations. Earlier, the foreign ministers of the two countries met in New York. We do not rule out such a meeting in the future.

As Azerbaijan has repeatedly stated, at this stage, serious attention should be paid to the implementation of joint statements signed by the leaders of the three countries. There are several open issues in this regard. We believe that the opening of communications, the start of negotiations on the delimitation of borders, can create a sound basis for our constructive progress in building lasting peace in the region,” Leyla Abdullayeva said.