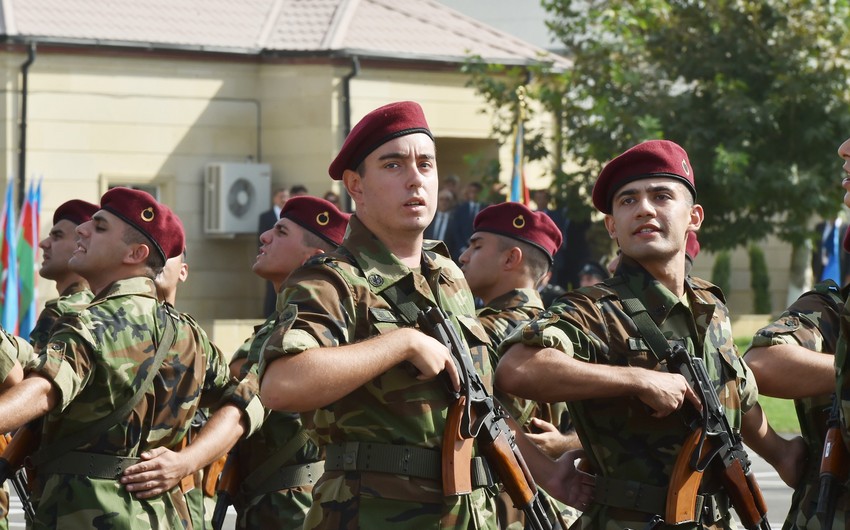 Baku. 17 September. REPORT.AZ/ / "The military service of Heydar Aliyev, the son of Azerbaijani President Ilham Aliyev, is an example for the society. He, as a young man, faithfully fulfills his duty before the homeland. This is an example for young people."

Report informs that the due statement has been provided by Member of the Political Council of ruling New Azerbaijan Party (YAP), MP Aydin Huseynov.

The deputy stressed that every Azerbaijani young man serves faithfully to his homeland, so the army is gaining strength day by day: "The Azerbaijani army is not on the same level it was in the early 1990s. Our army is capable to liberate our lands, occupied by Armenia, any time. "

Notably, on September 16, Heydar Aliyev, the son of the President of Azerbaijan, swore loyalty to his homeland at the N military unit of the State Security Service. President, Supreme Commander-in-Chief Ilham Aliyev, First Lady Mehriban Aliyeva and family members attended the ceremony.