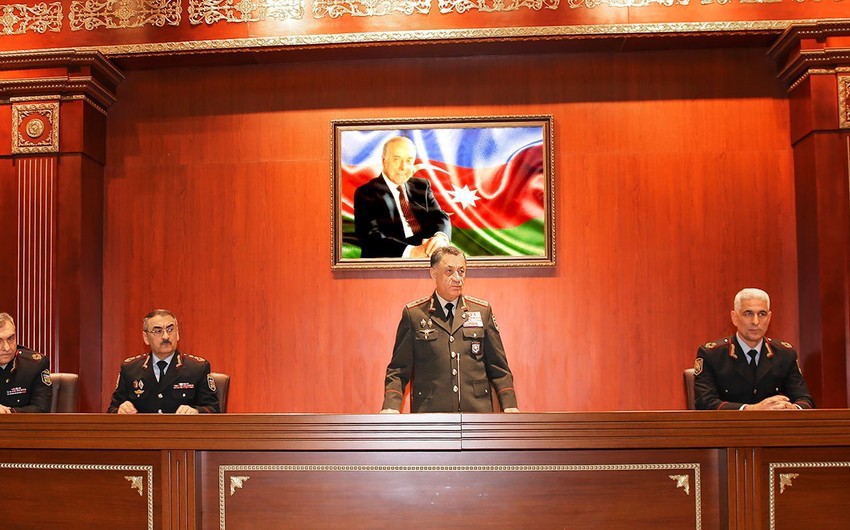 Baku. 15 January. REPORT.AZ/ Interior Minister gave instructions to the Rapid Response Police Regiment in connection with the mass events to be held this year.

Report informs that Ramil Usubov said during the operation council held in the Rapid Response Police Regiment and dedicated to the results of the activities realized in 2018 and the list of tasks ahead that the Police Regiment had gained a great experience in this regard.

Usubov noted the importance of respective trainings to implement the list of tasks ahead at high level, to bring forces and means to the high-level performance, as well as to increase professionalism during "2019 Formula-1 Azerbaijan Grand Prix",  UEFA Europa League final match, as well as European Youth Olympic Festival.