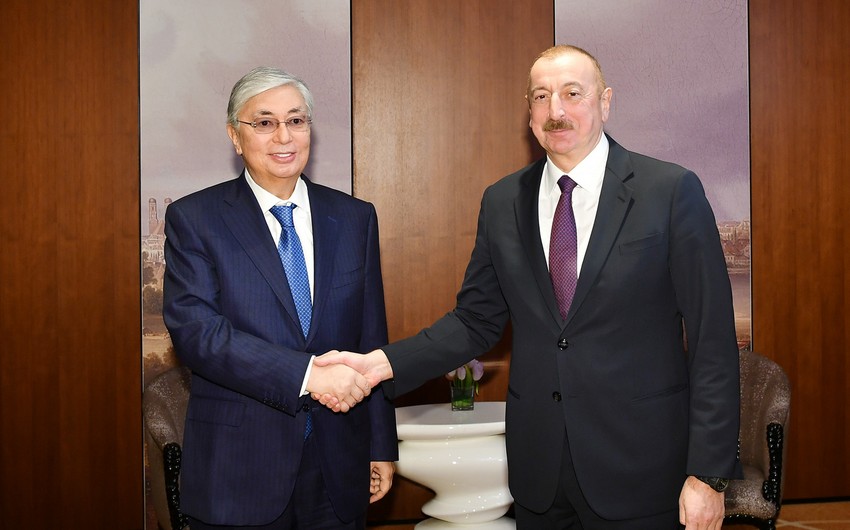 The Azerbaijani President congratulated the Kazakh head of state on his birthday and wished him the best of health and success in his presidential activity for the prosperity of his country.

The heads of state reaffirmed their confidence that the friendly relations between the two countries would continue to develop successfully.

President Ilham Aliyev informed the Kazakh President of the recent events on the Azerbaijani-Armenian border. In this regard, the President of Azerbaijan said that the process of clarifying the border is underway and that the Armenian side is reacting inadequately to this process.

Armenia's appeal to the Collective Security Treaty Organization in this regard is nothing but an attempt to internationalize the issue, and it is completely unfounded, there have been no clashes on the border, the situation is stable, and negotiations are underway.

The President of Kazakhstan thanked President Ilham Aliyev for the information.