FM: Azerbaijan's losses in Patriotic War lowest in history of modern world Azerbaijan has always remained committed to the negotiation process. He showed with all possible agility that the issue could be resolved peacefully, Azerbaijani Foreign Minister Jeyhun Bayramov said at a conference on "44-Day Victory Path" at ADA Univers 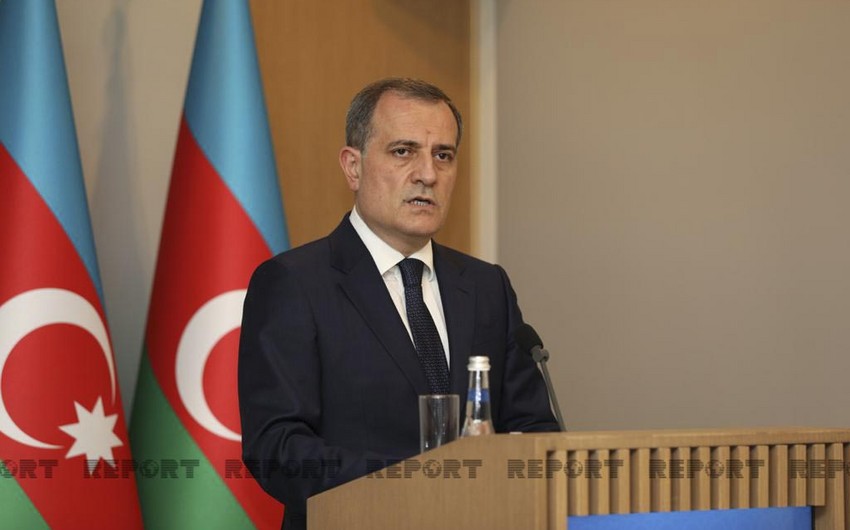 Azerbaijan has always remained committed to the negotiation process and tried to resolve this issue peacefully, Azerbaijani Foreign Minister Jeyhun Bayramov said at a conference on "44-Day Victory Path" at ADA University.

"There were attempts by Armenia to put pressure on the negotiation process and to prolong the negotiation process. At the next stage, they chose the way of open political provocations followed by military ones. We showed all the facts and made calls, since the situation was acquiring very dangerous shapes. Unfortunately, Armenia did not draw any conclusions, and on September 27, the provocations escalated, and we launched a counter-offensive. The Patriotic War began. The Azerbaijani soldier restored the borders of the state," Bayramov noted.

The minister stressed that Armenia and its supporters made smeary accusations against Azerbaijan, and, of course, their attempts were not successful:

"The analyses have been carried out and, if their conclusions differed from ours, they should provide the facts. Unfortunately, victory could not be achieved without sacrifice. Our losses in the war are the lowest in the history of the modern world. This means the professionalism of our army. No civilian was involved in fighting."