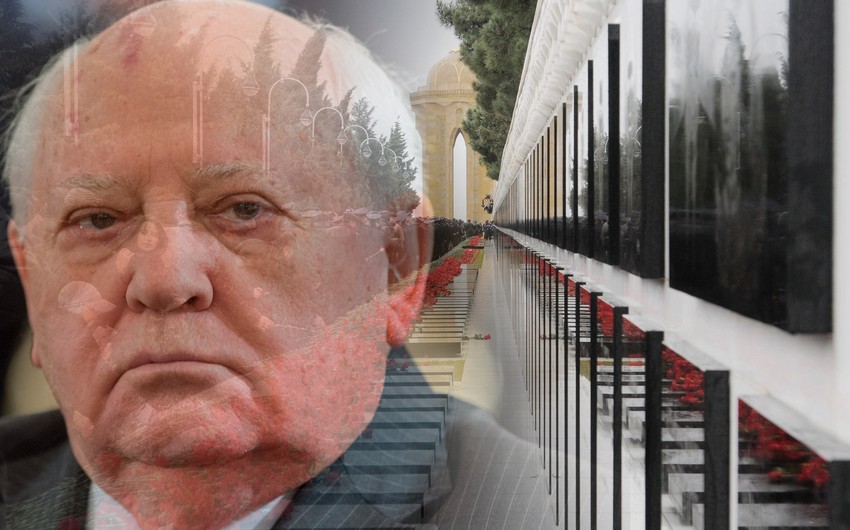 He said that on the basis of the command, from January 19 at 00:00, the troops entered the city and killed civilians: "132 residents of Baku city were killed, 612 wounded, 814 people illegally arrested. Serious damage caused to buildings and other structures".

First Deputy Prosecutor General mentioned that 66-thousand troops were brought into Baku, however, there were already servicemen in the city: "These were servicemen and cadets of the USSR Defense Ministry and Interior Troops. Servicemen of Krasnodar Province were also among them. Also, most of them were Armenians. Even scientists of Azerbaijan National Academy of Sciences, were killed on January 24".

R.Usubov said that explosion of energy block of the Azerbaijan State Television was organized by then head of the Azerbaijan State Security Committee Vagif Huseynov and representatives from Moscow: "The Russian Prosecutor General's Office was investigating the case. Azerbaijani Prosecutor's Office launched criminal case on February 14, 1992, which was then government's mistake. It was very difficult to carry out an investigation two years later, some evidences were removed. Re-interrogation was very difficult.

The investigation was conducted both in Azerbaijan and Moscow. Senior staff of the USSR Central Committee, sent to Baku on January 19, was interrogated. However, it was impossible to question Mikhail Gorbachev and Bagatini. He ran away and hid. Girenko, Babkov, Mixaylov, Yazov were interrogated. Mikhail Gorbachev evaded investigation. 68-volume case wasn't delivered to us in 1992. Azerbaijani Prosecutor's Office demands 68-volume case so far, however, it was not delivered to us. The investigation is underway, after submission of the case, it will be fully assessed and criminals will be brought to justice".