Bayramov: Azerbaijan has overcome all difficulties alone over past 30 years

Bayramov: Azerbaijan has overcome all difficulties alone over past 30 years A year ago, under the leadership of President Ilham Aliyev, the Azerbaijani Army restored historical justice and ended 30 years of occupation. 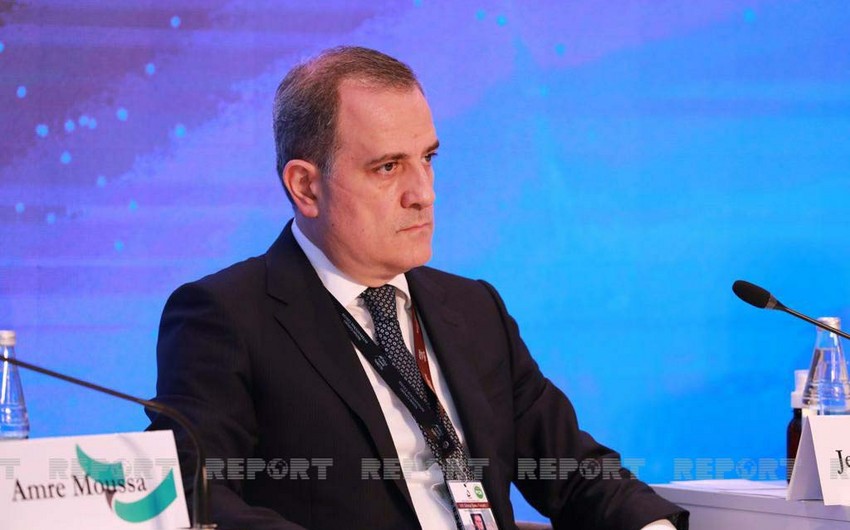 "A year ago, under the leadership of President Ilham Aliyev, the Azerbaijani Army restored historical justice and ended 30 years of occupation. The role of the martyrs, who have rendered exceptional services in writing the most glorious page of history, is undeniable," Azerbaijani Foreign Minister Jeyhun Bayramov said at a conference on "44-Day Victory Path" at ADA University, Report informs.

"Everyone was aware of what was going on for 30 years. Regular meetings and discussions were held. Everyone saw political negotiations and their development. I want to talk about the position of the Azerbaijani state on some facts for 30 years and the resistance and behavior of the people. When we recall the reality of land occupation, more than one million refugees and IDPs in our country, we feel what a great challenge it is," Bayramov noted.

The minister said that during this period, the Azerbaijani state did not succumb to the influence of third forces and overcame all the difficulties alone:

"At the same time, the people of Azerbaijan endured hardships by uniting around the phenomenon of the great leader Heydar Aliyev. Azerbaijani society remained committed to national values without radicalization. The success story of an independent state was built from this prism."