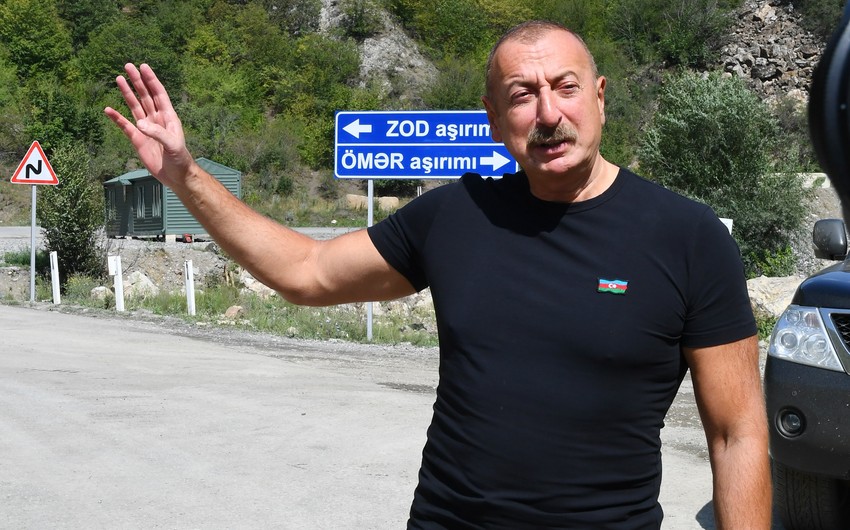 “After the occupation of Kalbajar, a direct geographical link was established between Armenia and the former Nagorno-Karabakh Autonomous Region, and the occupation of other lands was inevitable. Because the PFPA-Musavat government did not pay any attention to army building. No reforms were carried out in the army. On the contrary, they used every opportunity at their disposal to weaken our army,” said President Ilham Aliyev as he addressed a ceremony to raise the state flag in the city of Kalbajar, Report informs, citing .

Noting that when the lands were under occupation, PFPA-Musavat duo was bombing Ganja to protect their limping government, the Azerbaijani President said: “They took Azerbaijani soldiers prisoner. There are these videos. Armenians committed genocide here, destroyed our cities. Look at the state of Kalbajar and other cities now. Meanwhile, they wanted to take Azerbaijani soldiers prisoner and strengthen their own power. When they saw that this was no longer possible, they fled into hiding. They committed desertion at state level. The PFPA-Musavat government and its leaders are deserters, traitors, cowards, and this is the real truth.”