Azerbaijani MFA: Shelling civilian facilities by Armenia should be strongly condemned by the international community

Azerbaijani MFA: Shelling civilian facilities by Armenia should be strongly condemned by the international community Hikmat Hajiyev: 'As an aggressor and occupier state, Armenia bears all responsibility for current situation'
151 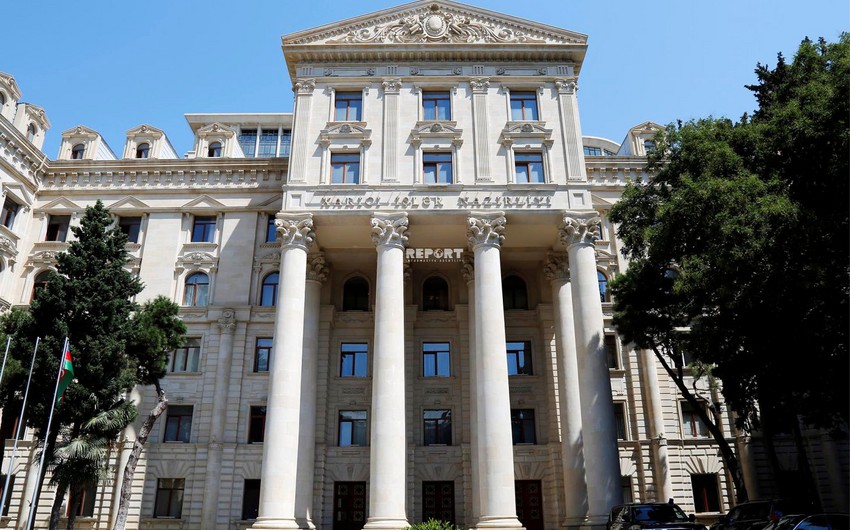 Baku. 2 April. REPORT.AZ/ "As reported by the Ministry of Defense of the Republic of Azerbaijan, over the night of April 2, Armenian side by using heavy weapons fired the positions of the armed forces of Azerbaijan and conducted sabotage and attacks along the line of contact. Armenian armed forces also shelled densely populated areas in the vicinity of the contact line. As a result of irresponsible deliberate actions of Armenia there is information about killed and injured civilians. Serious damage was also inflicted upon the private properties"

Report was told by Spokesperson of Azerbaijani Ministry of Foreign Affairs Hikmat Hajiyev commenting on the tension occurred on the contact line.

All responsibility lies on Armenia as a state which conducted occupation and aggression.

The UNSC Resolutions 822(1993), 853(1993), 874(1993) and 884(1993) demand complete and unconditional withdrawal of Armenian troops from all occupied territories of Azerbaijan. However, Armenia continues occupation of Azerbaijan’s territories, its deliberate actions to escalate the situation and to target the civilians.

Azerbaijan has repeatedly stated that the illegal presence of Armenian troops in the occupied territories of Azerbaijan remains a major obstacle in resolution of the conflict and causes for the escalation of the situation and occurrence of incidents.

To achieve progress in the resolution of the conflict and to ensure the lasting peace in the region the international community, first and foremost, has to demand firmly from the official Yerevan to withdraw its armed forces from all occupied territories of Azerbaijan in accordance with the relevant resolutions of UNSC.