Azad Rahimov: Network carried out a smear campaign against I European Games failed

Azad Rahimov: Network carried out a smear campaign against I European Games failed "No black power can threaten us" 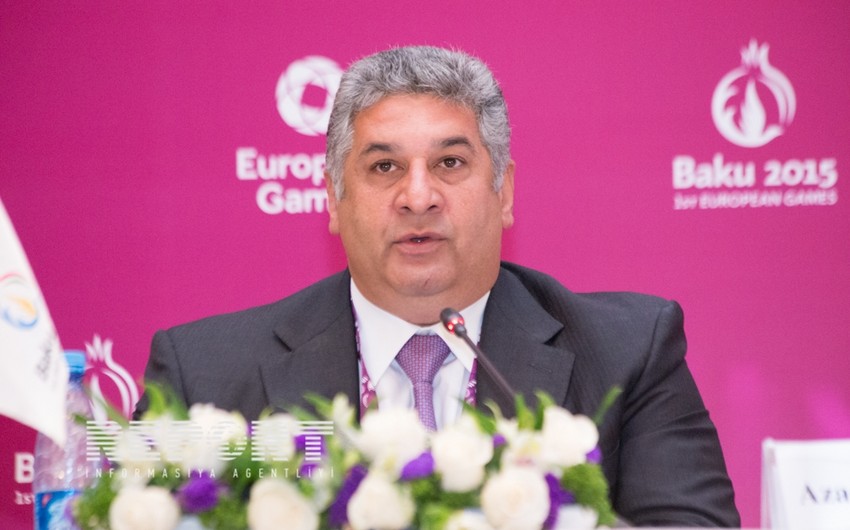 Baku. 2 July. REPORT.AZ/ "Azerbaijan taking a worthy place in the world as a powerful state, created great concern on anti-Azerbaijani network. If someone tries to form a negative opinion on the European Games in society, that is to say, he/she is against Azerbaijan and its national interest." Report informs, the European Games Operating Committee CEO, Youth and Sports Minister Azad Rahimov said in interview with "Azerbaijan" state newspapaer.

The minister believes that those who express opinion on this issue are far from the sports field. According to him, 12 out of 16 sports at the European Games provide a license: "No athlete would miss this opportunity. More than 100 Olympic and world champions competed at Baku-2015. In swimming, the world record among youth was broken. Is a weak athlete be able to break the world record? Perhaps, those who make ideas about it, have never viewed sports competition. Persons that are aware of sports, would not say such things. No black power can threaten us. It was tried to boycott the Games and destroy the website during the opening ceremony. However, the network intending to carry out a smear campaign on the eve of the First European Games, failed to reach their goal."

Azad Rahimov noted that holding the first European Games in Azerbaijan proved an increase of the country's prestige: "Over the past period, the first European Games Organizing Committee implemented important work for the organization of this significant international sporting event. Construction of new sports facilities, the existing facilities restoration, improvement of social and transport infrastructure in accordance with international standards, placing of the guests, security and other related issues were resolved at the highest level."