31 years pass since January 20 tragedy As a result of this accident, 133 innocent civilians, including the children, women, and the old, were killed, 744 wounded, and 841 illegally arrested. 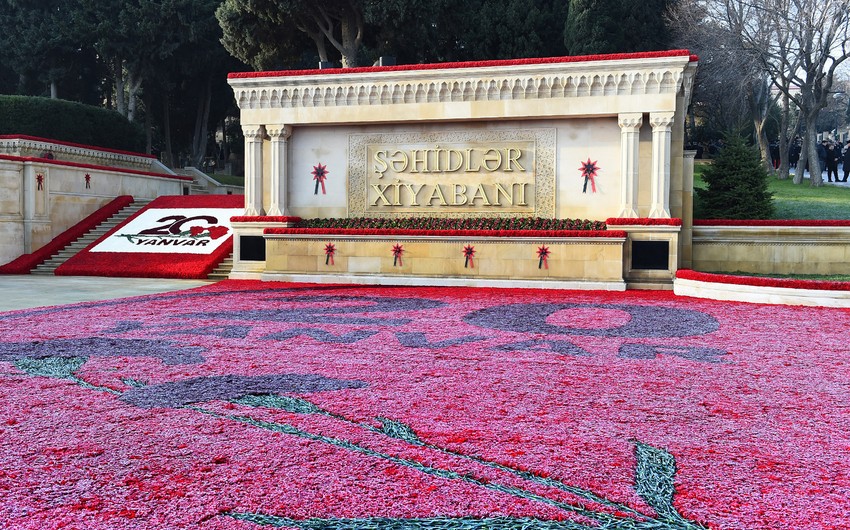 Thirty-one years have passed since the events of January 20, 1990, which are went into history as the tragedy of 'Black January.'

On the night of January 20, 1990, the former Soviet military troops attacked Baku by the land and sea and carried out the punitive measures with unprecedented cruelty. As a result of this accident, 133 innocent civilians, including the children, women, and the old, were killed, 744 wounded, and 841 illegally arrested. The terrorist savagery attack of the Soviet army against Azerbaijani people carried out by order of USSR President Mikhail Gorbachev was written in the history of humanity in black letters as one of the worst crimes committed against humanity.

During the January 20 tragedy, the news was put under a blockade in the country; armed militants brutally exploded a power block of radio and television, the media was banned. The aim was to make the people unaware of this tragedy. On those hard days of peoples, on January 21, arrived in Azerbaijan's representation in Moscow and spoke at the meeting. He stated that he stands by his people. He also assessed the January 20 tragedy from a political point of view. Heydar Aliyev said that it is the action against democracy and humanism and the rude political mistake made by the leaders of that time's republic. The text of Heydar Aliyev's historical speech was widely circulated in the country and around the world. The helpless people began to live with the light of trust and hope in their hearts.

In 1993, after the return of the national leader Heydar Aliyev to political power, essential steps were taken on the investigation of the causes of the outbreak of the January 20 events and the sentence of the offenders. Significant measures were taken to inform the world about the January 20 tragedy, its place, and its role in Azerbaijan's history and perpetuate it.

Milli Majlis ratified a decision on March 29, 2004, about the tragic events of January 20, 1990. Thus, as a result of President Heydar Aliyev's insistence, January 20 tragedy was marked at the state-political level, and the names of the offenders were openly stated.