Ali Hasanov: They are kicking against Azerbaijan

Ali Hasanov: They are kicking against Azerbaijan Presidential Aide: "Today, Azerbaijan has its certain resources, policies and own interests" 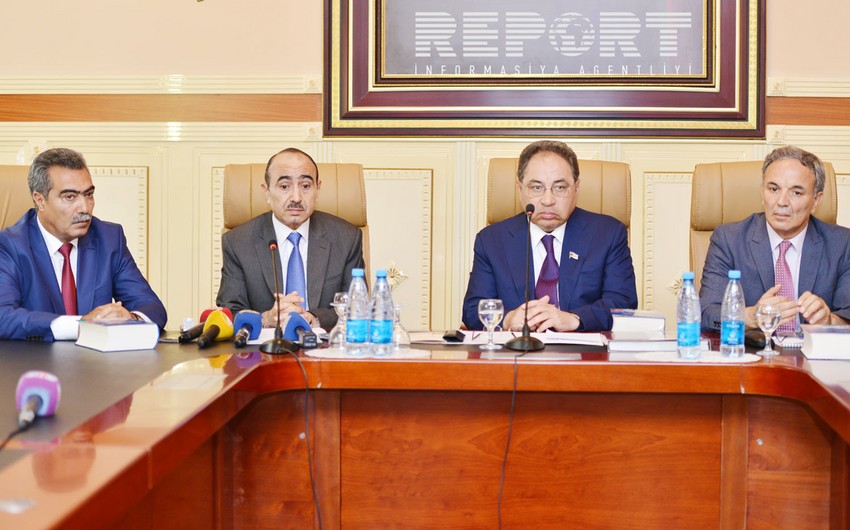 Baku. 29 June. REPORT.AZ/ "Each journalist should not forget that they represent the people, the nation and state. Feeling of loyalty to the motherland should not be overshadowed during the daily work of journalists." Report informs, Assistant to the President of Azerbaijan for Social- political Issues, Head of Social and Political Department of the Azerbaijani Presidential Administration, Ali Hasanov said.

According to him, some forces made confrontation among peoples, nations and ethnic minorities: "There are so many standards in today's world, neither the West which we are trying to spread their example in Azerbaijan, nor the other systems that can be an example for us, do not carry out a policy in the framework of common standards on the base of the objective reality today. We know that the processes in today's world do not take place as it is written in the West or in other media. Most people are not terrorists, not wild people. However, you see what happened to those states over the last 10 years. So they destroyed Muslim countries in the framework of their own interests. "

He said that some big forces want to manage a number of countries: "Of course, Azerbaijan is also among those states. Today, Azerbaijan has its certain resources, policies, and own interests. In order to implement these interests we should prevent someone's interests and say "no" to someone's request. When it does not work, they are kicking against Azerbaijan. Simply, big powers intend to govern our country. However, today, Azerbaijan President Ilham Aliyev's policy on the base of Azerbaijani people's will, does not suit them so they act contrary to it."