2,783 Azerbaijani servicemen were martyred in Patriotic War: MoD In response to Armenia's military aggression against our country, the Armed Forces of Azerbaijan on September 27, 2020, started the Patriotic War to liberate our lands from occupation.
200 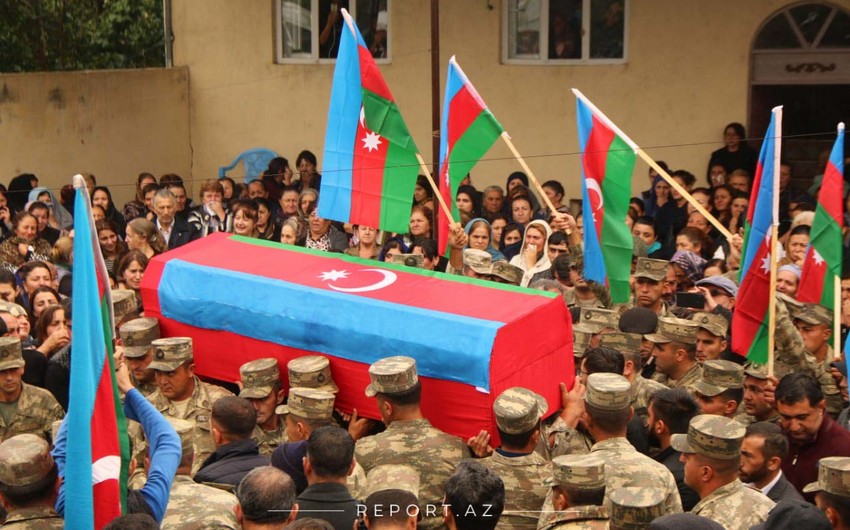 In response to Armenia's military aggression against our country, the Armed Forces of the Republic of Azerbaijan, under the leadership of the Supreme Commander-in-Chief on September 27, 2020, started the Patriotic War to liberate our lands from occupation.

The military personnel of the Armed Forces of the Republic of Azerbaijan, fighting heroically and bravely in the Patriotic War, inflicted crushing blows on the armed forces of Armenia, destroyed complex engineering construction and bunkers built by Armenia on our occupied lands for many years, and, breaking through the echeloned and densely mined defensive lines, liberated our lands from occupation.

Even though the Armenian armed forces possessed the most of the strategic high grounds, advantageous combat positions, our glorious and fearless soldiers and officers fighting under the fire strikes of artillery, numerous multiple launch rocket systems, and mortar pieces, as well as in difficult geographical, relief and climatic conditions, managed to defeat Armenia.

The liberation of Shusha city, the crown of Karabakh, is one of the unique military operations in world military history.

Our lands, which we dreamed of for almost 30 years, were liberated from occupation at the cost of the blood and lives of our Shehids (martyrs). Highly professional development of combat operations plans, high technologies, effective interoperability of various types of troops, absolute air superiority, maneuverability, and other tactical and strategic advantages of our army have significantly reduced our military personnel losses. But there is no war without losses.

During the Patriotic War, 2,783 servicemen of our Armed Forces died in combat. Work is underway to identify 103 service members among them using DNA analysis. More than 100 of our servicemen are considered missing. We are taking the necessary activities to find them and inform their families. Currently, 1,245 servicemen are being treated in medical institutions.

Detailed information on the names of the dead servicemen, their date of birth, military rank, and combat path will be presented to the country's public. The Commission, consisting of employees of the relevant government agencies, is working in this sphere.