US state of Minnesota proclaims February 26 as Azerbaijani Day 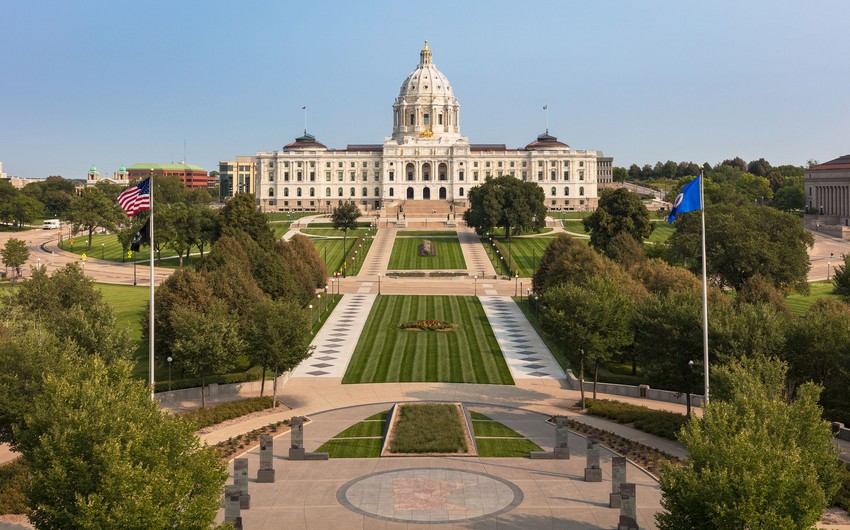 The head of the Azerbaijani Association of Minnesota, Gunel Rallis, made a statement on the statement signed by the governor of the state on the proclamation of February 26 as Azerbaijan Day.

Gunel Rallis told Report that the statement's signing is an excellent success for Azerbaijan's people and state.

Speaking about how the statement was signed, the head of the association said that in January of this year, he appealed to the state governor to declare February 26 the Day of Azerbaijan:

"But my appeal was rejected for the reason that they did not want to touch on international conflicts. I gave accurate and comprehensive information about the genocide and tragedies committed by Armenians. Therefore, they said they could not take any steps against the Armenians. It is known that the leadership of the state of Minnesota are representatives of the Democratic Party, and Democrats are also pro-Armenian. I did not accept the rejection because this was the first appeal in Azerbaijan's history in Minnesota. Then, we achieved to sign this statement. It is a great success for the people and the state of Azerbaijan that the US governor of Minnesota Tim Walz signed a statement on the proclamation of February 26 as the day of Azerbaijan."

Rallis said they would place information boards on the state highways in connection with the Khojaly genocide. According to her, billboards with information about the Khojaly tragedy will be displayed on the roadsides from February 20. The head of the association said they have already reached preliminary agreements with city authorities on these boards' installation.

A spokeswoman for the State Committee for Work with the Diaspora Vasila Vahidgizi told Report that the Azerbaijani Diaspora organizes various events in different countries on the anniversary of the Khojaly genocide and take measures to promote the genocide:

The announcement of February 26 as Azerbaijan Day in the US state of Minnesota is just like that. Such an achievement is the result of the activity of Azerbaijani diaspora organizations and individual compatriots. As the anniversary of the genocide approaches, we will see an increase in such events. We can approach the issue from two aspects: First, although the war ended on the battlefield, it continues on the information front. Thus, Azerbaijanis are struggling as before. Azerbaijanis living abroad have become more active in conveying Karabakh's truth and, more specifically, in telling the truth to the world community on the anniversary of the Khojaly genocide. On the other hand, the adoption of such a statement is an indication that Azerbaijanis abroad have managed to better integrate into the society where they live.

Notably, the governor of the US state of Minnesota, Tim Walz, signed a statement declaring February 26 Azerbaijan Day. Head of the Minnesota Azerbaijan Association Gunel Rallis initiated the signing of the proclamation. The document noted that Azerbaijanis living in Minnesota contribute to local culture by preserving and promoting their mother tongue, rich national and cultural values and traditions.

Earlier, in 2016, the House of Representatives of the US state of Minnesota adopted a resolution on the 24th anniversary of the Khojaly genocide.