State Committee: Turkey and Azerbaijan are resolving problems existing between the universities - VIDEO 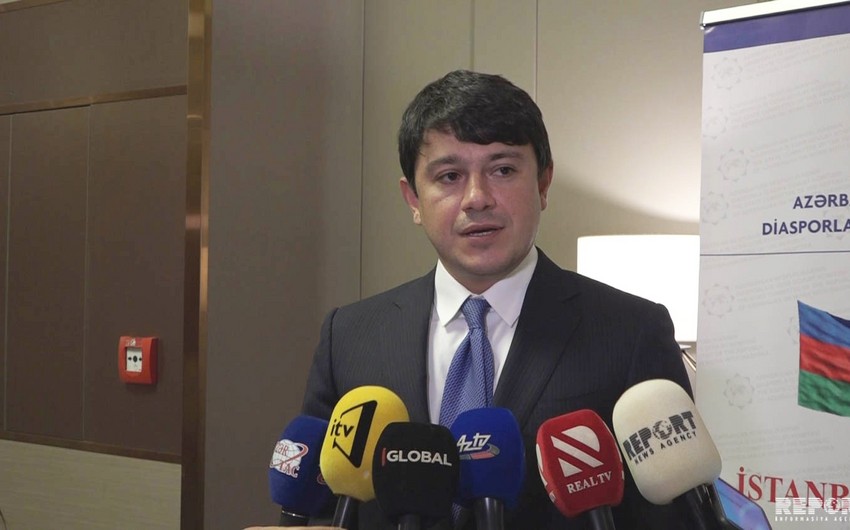 "Turkey and Azerbaijan are resolving problems existing between the universities," Chairman of the told Report's Turkish bureau.

According to him, the majority of foreign students studying in Turkey are Azerbaijanis. However, we had problems with the mutual recognition of diplomas and the establishment of inter-university relations. Special intergovernmental commissions were established for this purpose. Many issues regarding the education were discussed during the meeting with Turkish Vice-President Fuat Oktay and Prime Minister of Azerbaijan , as well as the action plan was approved. Hopefully, implementation of the action plan will start soon."

Muradov said that the Azerbaijani schools operating in Istanbul are under the control of the State Committee for Work with the Diaspora, work is underway to solve the problems of students.

The Chairman of the State Committee stressed that Turkish communities should be properly directed to bring Azerbaijani truths to the world.

Muradov said that work is underway to unite Azerbaijanis, who carry out cultural activities in Turkey: "We want to further develop cultural ties with Turkey. Since, at present many of our cultural and art figures live in Turkey. They hold a lot of events here. I believe that in accordance with the action plan, programs will be implemented in this direction."