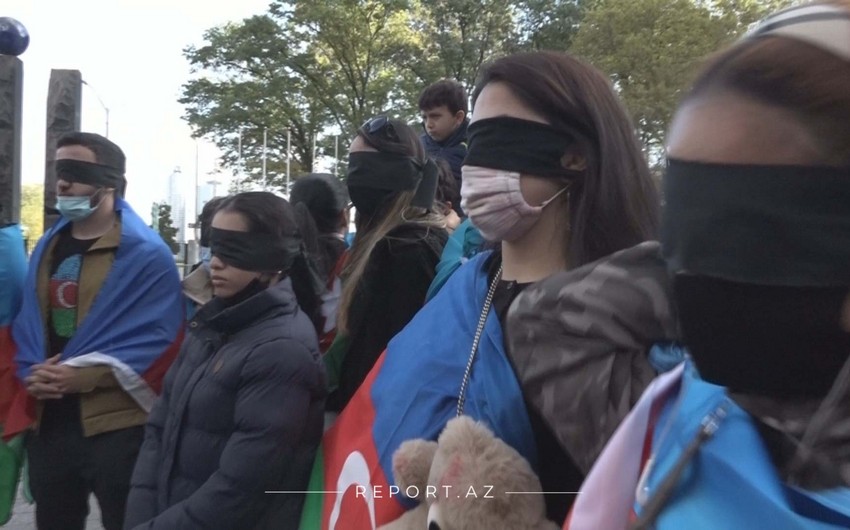 A group of young Azerbaijanis closed their mouths and eyes to protest against the fact that international organizations ignored the bloody crimes committed by Armenia against the civilian population in Azerbaijan, and the Western media remained silent about what happened.

The protesters called on the US media to support Azerbaijan and called on international organizations to show solidarity with our country against Armenian occupation and attacks, the Report's special correspondent informs.

"However, it is gratifying that there are many journalists in the United States who are aware of the abominable crimes of Armenians and give coverage to developments in Azerbaijan on social media these days. In recent days, we have seen the next bloody crime committed by Armenians, especially in Ganja, shared by many Western media. The goal of Azerbaijani youth studying in the United States is to join forces and become the voice of Azerbaijan." 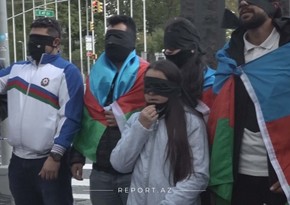 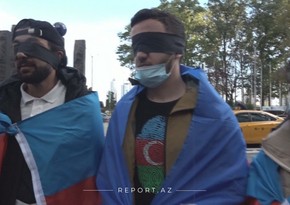 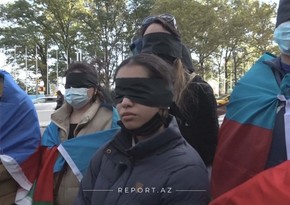 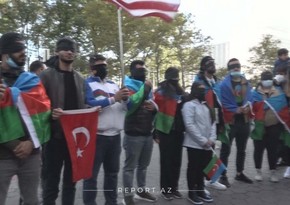 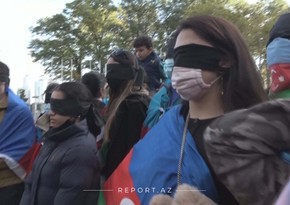 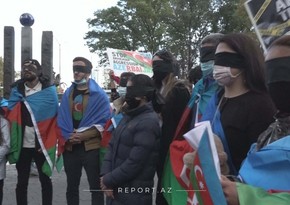