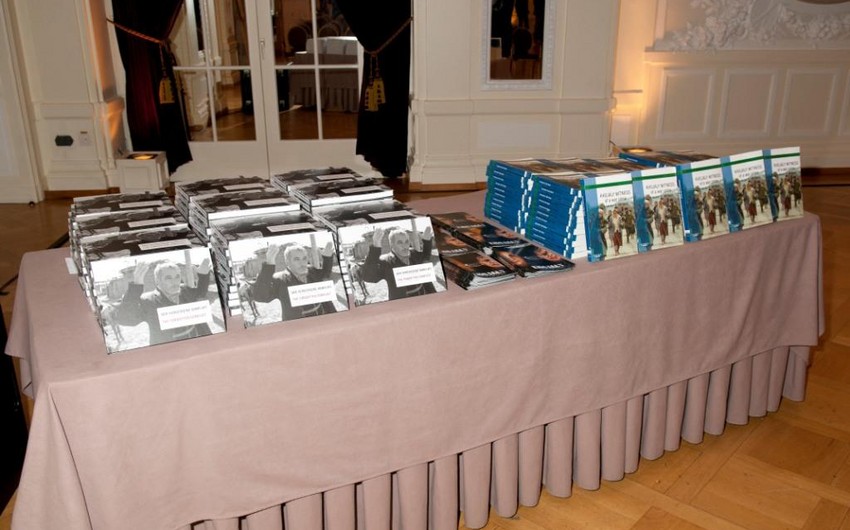 Baku. 23 February. REPORT.AZ/ On 20 February, the new independent documentary Endless Corridor was shown at the prestigious Bellevue Hotel in the Swiss capital of Bern. The screening commemorated the victims of the Khojaly Massacre in 1992 – the worst single atrocity of the Armenian–Azerbaijani conflict over Nagorno-Karabakh – which claimed the lives of 613 civilian victims in 1992. The death toll included 106 women, 63 children and 70 elderly people. The evening also saw the launch of the book Khojaly Witness of a War Crime: Armenia in the Dock and a presentation of the book The Forgotten Conflict by Swiss journalist André Widmer, Report informs.

Speaking before the audience of 120 politicians, VIPs and press representatives, H.E. Akram Zeynalli, Azerbaijani Ambassador to Switzerland, opened the event explaining: “There are tragic pages in the history of almost all nations around the world, and Azerbaijan is no exception. This appalling crime happened quite recently, but has not been paid the attention it deserves by the international community. The Justice for Khojaly campaign, initiated by Mrs Leyla Aliyeva, Vice-President, Heydar Aliyev Foundation, was launched on 8 May 2008. The campaign’s rapid pace has seen the atrocities of Khojaly recognised by the parliaments of Colombia, the Czech Republic, Romania, Serbia, Honduras, Peru, Panama, Pakistan, Mexico, Jordan, Bosnia and Herzegovina, Sudan as well as 15 states in the US.

“Today’s campaign seeks to bring truth to the Swiss audience. We believe that the Swiss parliament, which always champions humanitarian values, will support our voice and join their colleagues in the aforementioned countries in a just assessment of the Khojaly Massacre”.

Ian Peart, Project Co-ordinator, The European Azerbaijan Society (TEAS) introduced the launch of the book Khojaly Witness of a War Crime: Armenia in the Dock, saying: “The book is the first independent publication about the Khojaly Massacre to be published in the West in English. Unique in its presentation of irrefutable hard information, the book includes interviews with witnesses of the events in Khojaly, materials published in the international press, the views of foreign researchers, reports from international organisations and rare pictures taken by international photographers.”

He also explained the significance of the landmark documentary Endless Corridor, commenting: “This film came about because Richard Lapaitis, a Lithuanian journalist and witness of the horrors of Khojaly, could not let the experience lie or forget the people who survived. The stories are of ordinary people whose lives were devastated by the Armenian invasion of their land. The international community always speaks of compromise. After all that the Azerbaijani people have given up and lost, what further compromise can we possibly expect of them? They have the right to go home.”

Swiss journalist André Widmer, when speaking about his book The Forgotten Conflict, recounted the devastation he had seen on the ‘contact line’ between Azerbaijan and the occupied territories. He also recalled the admission by the Armenians he had interviewed of their deliberate and complete destruction of the Azerbaijani city of Aghdam. The fact that they strictly prohibited him from filming there was, in his eyes, a further admission of their guilt. He said: “In this time of ongoing conflict, we should not forget about Nagorno-Karabakh and its victims. It is important to bring the perpetrators sooner or later to justice. In my lifetime, I would like to see Azerbaijani refugees and internally displaced persons (IDPs) being able to return to their rightful homes.”

Despite the passing of four UN Security Council resolutions against the invasion, Armenia continues to occupy Nagorno-Karabakh and seven surrounding districts to this day. The evening was dedicated to the memory of the Khojaly victims and those Azerbaijanis who have one wish - to return home.