WAC President : It is impossible to close Azerbaijani diaspora organization in Russia

WAC President : It is impossible to close Azerbaijani diaspora organization in Russia Fazil Kurbanov: The WAC is asking to give six months for a new congress
766 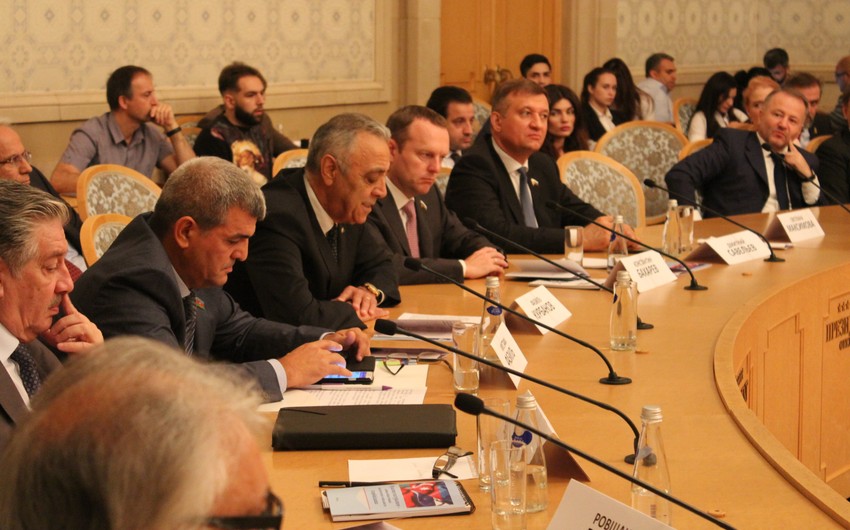 Baku. 15 September. REPORT.AZ / The All-Russian Azerbaijani Congress (WAC) hopes it will be given the opportunity to continue its work in Russia, WAC President Fazil Kurbanov told Report’s Russian bureau.

The head of the congress said that in fact, the future fate of the organization will be decided on September 19 in the Russian court.

“Since the beginning of the litigation with the Ministry of Justice of Russia, I, as leader of the WAC, met with all parties, analyzed all the mistakes made by the previous leadership. We've fixed it all. During this time, we communicated with the heads of regional cells of the WAC, discussed the situation that had arisen. There was a panic from the beginning: people did not understand what will happen next. But we explained everything, asked for patience, support and continue to work for the benefit of Russia and Azerbaijan. Because, you see, it's impossible to close the diaspora organization - they are living people and citizens of Russia," F. Kurbanov emphasized. He pointed out that the WAC asked for six months to hold a new congress of the structure, approval of a new charter, preparation of relevant documentation and registration in accordance with Russian legislation.

"We hope that this opportunity will be provided”, President of WAC said.

Notably, F. Kurbanov also touched upon the functioning of the WAC at the joint conference of the Izborsk Club and the Center for Geopolitical Studies "Moscow-Baku Axis: towards New Geopolitics of the Caucasus" held in Moscow.

In his speech he listed the achievements of the WAC for years of work and noted the importance of preserving such good traditions.

"I am sure that the attempt to liquidate our organization is a policy of destructive forces wishing to provoke a corresponding reaction among the Azerbaijanis of Russia, to create tension in the Russian-Azerbaijani relations. But it will not work. No action will be able to split the two peoples and two states”, Kurbanov said.