New reform in Georgia: Is the exacerbation of staff shortages expected in Azerbaijani speaking schools? - RESEARCH

New reform in Georgia: Is the exacerbation of staff shortages expected in Azerbaijani speaking schools? - RESEARCH The head of the Marneuli Educational Resource Center, Kanan Omarov, called the reform positive. 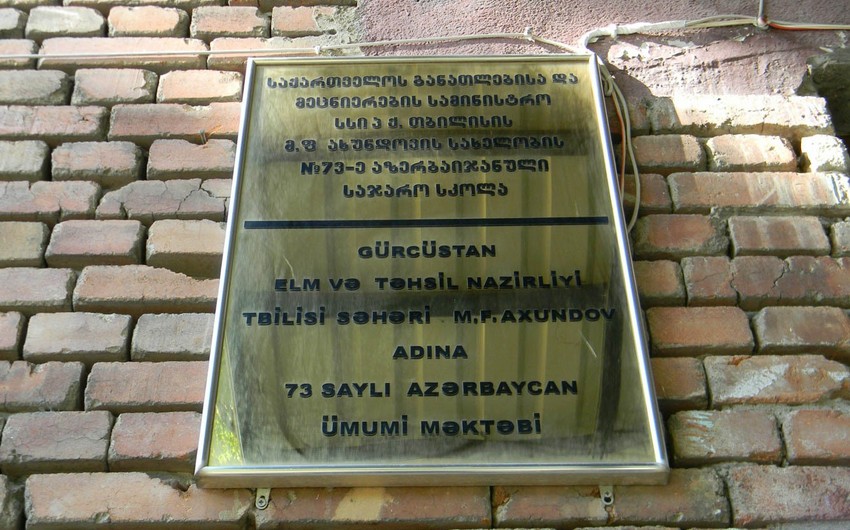 The government of Georgia has developed a new reform package for school teachers who have reached retirement age. According to the document, these teachers will be able to voluntarily retire and in return receive a one-time remuneration from the state.

The project, prepared by the , Science, Culture and Sports of Georgia, provides for payment of remuneration in the amount of two-year salary. As of today, the average monthly salary of teachers in public schools in Georgia is about 1,000 lari (approximately $ 360).

In addition to monetary remuneration, health insurance will be valid for teachers throughout their lives.

In public schools in the neighboring country there are over 57.4 thousand teachers. Irina Abuladze, Deputy Minister of Education, Science, Culture and Sport, said that about 20 thousand teachers are in retirement age and more than 5 thousand of them expressed a desire to retire in exchange for a cash reward.

Taking into account the fact that the majority of teachers in Azerbaijani-speaking schools in Georgia reached retirement age, the local bureau of Report investigated the possible impact of this reform on these schools.

The Chairperson of the Union of Azerbaijani Teachers in Georgia, Saadat Zeynalgizi, told Report that almost 250 teachers in areas densely populated by Azerbaijanis in Marneuli, Dmanisi, Bolnisi and Gardabani districts decided to retire.

According to her, about 6,000 teachers work in these regions, of which 60-70% are in retirement age.

S. Zeynalgizi believes that the voluntary retirement of hundreds of teachers will further aggravate the shortage of personnel in Azerbaijani-language schools: "This issue is more concerned with the Azerbaijani language and literature, as well as the exact sciences. There are no faculties of Azerbaijani language and literature in Georgian universities. About 3,000 Azerbaijani students study at universities. Basically, they get a degree in law, finance, business, English and Georgian. "

In his opinion, the innovation that is in effect until the end of 2019 will benefit those who, due to their health condition, can no longer teach: "According to the procedure, teachers who expressed their desire to retire rely on the school’s management, and then their documents are sent to educational resource centers. Currently, the Marneuli Center has received about 100 appeals. This figure covers not only Azerbaijani, but also Georgian, Armenian and Russian-speaking schools. "

K.Omarov stressed that the school year is still ongoing, and so far there is no talk about the retirement of teachers.

He believes that the retirement of some teachers will not lead to a serious shortage of personnel in Azerbaijani-language schools, as competitions will be announced for the filling of these vacancies.

In addition, he noted that teachers will not leave without being certified: "Over the past three years, teachers have been able to take exams only once a year. This year they were given the opportunity to pass the exam twice. The Ministry of Education, Science, Culture and Sport also organizes preparatory courses for teachers who wish to pass certification. "

Leyla Babayeva, 62-year-old teacher of Azerbaijani, as well as Georgian language and literature in Azerbaijani-language secondary school No. 73 named after Mirza Fatali Akhundov in Tbilisi welcomed the initiative of the government to let elderly teachers retire in exchange of remuneration.

She believes that teachers over the age of 70, who can no longer give quality lessons and use interactive methods, will benefit from this reform: "It is necessary to open the way for the young people. In some schools, primary school teachers aged 84-85 years. Most of them do not want to take innovations”.