Community chairman: Many Islamic festivities held in Ukraine thanks to Azerbaijani diaspora

Community chairman: Many Islamic festivities held in Ukraine thanks to Azerbaijani diaspora 'The Muslim community is very closely cooperating with the Azerbaijani Diaspora' 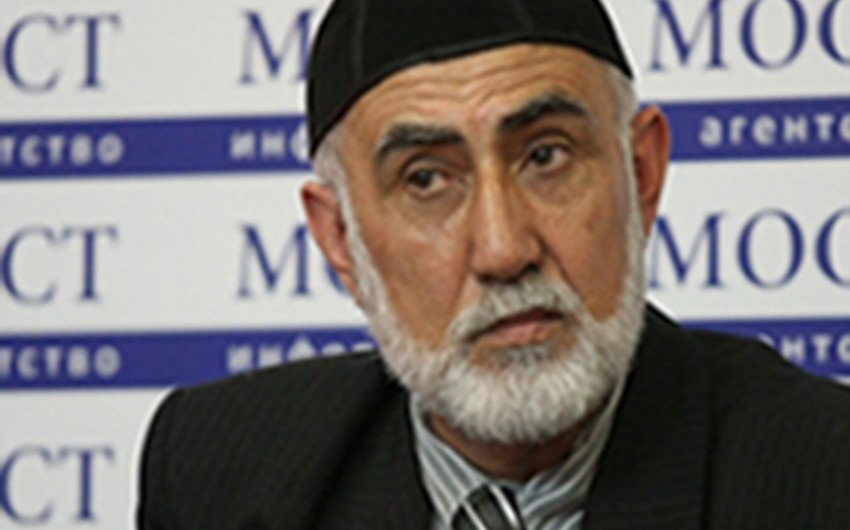 Kiev. 6 December. REPORT.AZ/ Ukraine has created favorable conditions for Muslims, there are no restrictions. Report informs, chairman of the Muslim religious community of the city Dnieper Ramazan Kurbanov said commenting on the signing of the first Charter of Muslim organizations in the history of Ukraine.

"The Muslim community is very closely cooperating with Azerbaijani diaspora. This is the third largest nationality in Dnieper after Ukrainians and Russians. With the help and thanks to the assistance of the Azerbaijani diaspora many Muslim holidays, in particular, the completion of the month of Ramadan and Eid al-Adha are held", said R.Kurbanov.

He noted that the Charter was signed by representatives of religious communities and organizations, but in the future it is planned to sign a document on the part of Muslim diaspora organizations.

"I think that first of Diaspora organizations that sign the Charter, are Azerbaijanis.We met them one day before the signing of the Charter, and I can confidently say that they are waiting for this document.Azerbaijanis live here for decades, and Ukraine has already become their homeland.The document will determine some aspects of Muslim religious and national communities", stressed the head of the religious community.

According to him, Ukraine has created favorable conditions for the Muslims, and the declaration of rules and recommendations will only help that.

"The Muslim communities of post-Soviet countries are constantly communicating with each other and exchange information. And as far as we know, in some countries, rights of Muslims are restricted, even in visiting the mosque. At the same time, I can confirm that in Ukraine there is no problem and there are no restrictions.We have support and encouragement from the authorities, we have agreed with some of the actions and decisions - this is the observance of the Constitution and laws", said R. Kurbanov.