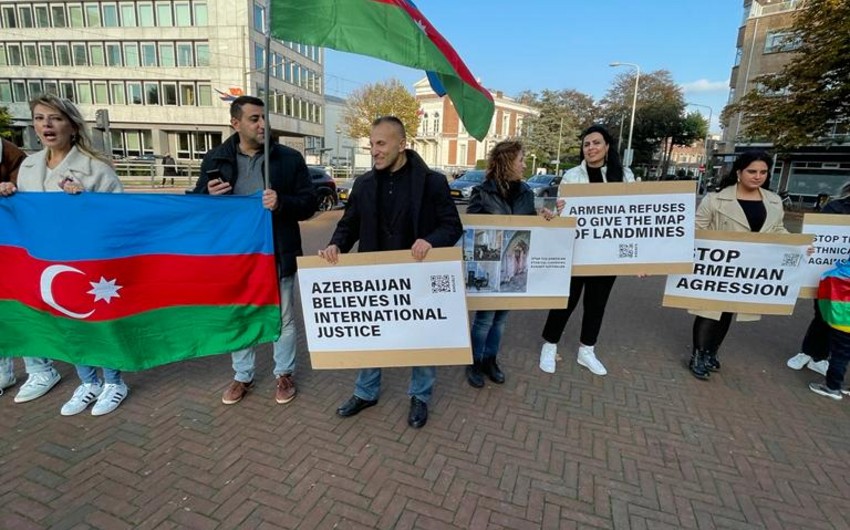 The Azerbaijani community in the Netherlands picketed the Peace Palace in support of Azerbaijan.

Report has learned from the State Committee for Work with Diaspora that the picket, initiated by the coordinator of the Dutch-Belgian Coordination Council, President of the European Community of Azerbaijani Women Ana Vatan (Motherland), Maisa Agamirzayeva, was attended by the Chairman of the Benelux Congress of Azerbaijanis, Elsevar Mammadov, and members of the Congress; Chairman of the Union of Turkic Culture Netherlands-Azerbaijan, Ilkhan Ashkin; chairman of the Azerbaijan-Dutch society Odlar Yurdu Firangiz Bagirova; head of the Media Group of Azerbaijanis in Europe Emil Aliyev and other compatriots living in the Netherlands.

The picket lasted 10 hours. The participants in the event wanted to draw the attention of the international court to the fair position of Azerbaijan. Our compatriots held Azerbaijan’s state flag, chanted and "Karabakh is Azerbaijan!", "Azerbaijan believes in international law", "Armenia's mine war against Azerbaijan", "Stop the Armenian aggression!" slogans. 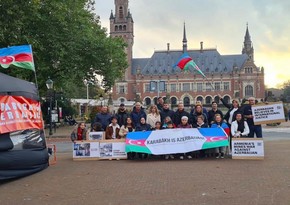 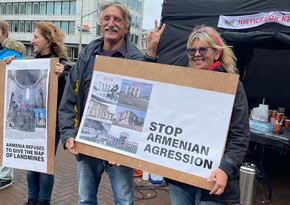 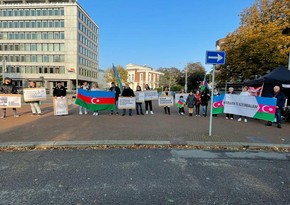