Azerbaijanis urge Swiss MPs to take a fair position On the eve of the 29th anniversary of the Khojaly genocide, the Coordination Council of Swiss Azerbaijanis addressed members of the Canton of Geneva. 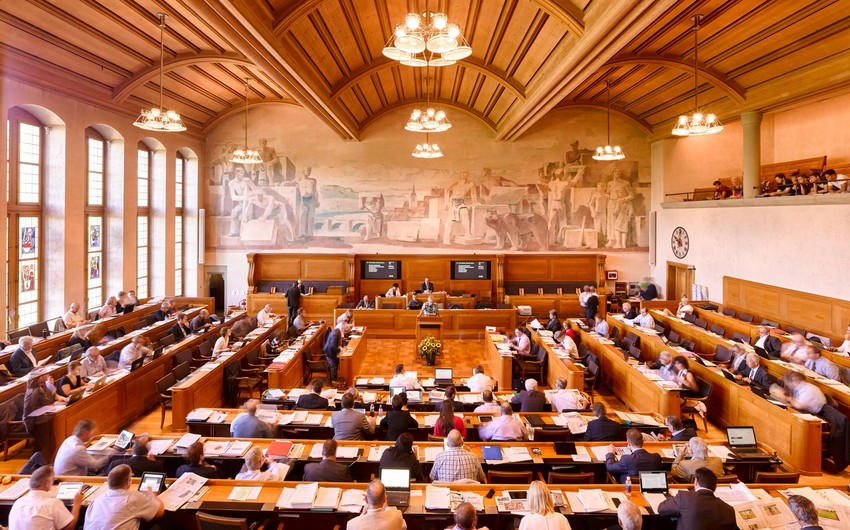 Ahead of the 29th anniversary of the Khojaly genocide, the Coordination Council of Swiss Azerbaijanis addressed members of the Canton of Geneva.

According to the State Committee on Work with the Diaspora, the appeal stresses with regret that an MP of Armenian descent submitted a draft resolution R936 to grant independence to the Nagorno-Karabakh Republic to the parliament of Geneva.

Our compatriots said Armenia has been pursuing an aggressive policy of ethnic cleansing and terrorism against Azerbaijanis for about 30 years. The occupying country expelled nearly 1 million Azerbaijanis from their native lands and turned Aghdam into 'Hiroshima of the Caucasus.' They called on Geneva MPs not to vote for the draft resolution.

"As Azerbaijanis living in Switzerland, we are not trying to convince you in words. Before voting, we ask you to think about the 25,000 people killed in the First Karabakh War and the 6,000 killed in the Second Karabakh War. Both wars were waged in Azerbaijan, not Armenia. People do not need a special status to live in peace as they did 30 years ago," the appeal reads.