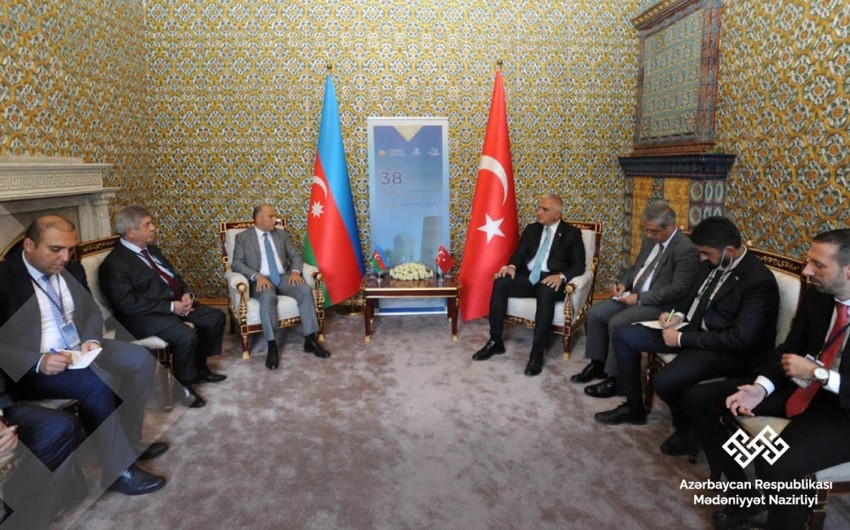 Turkey and Azerbaijan will ink a new document in the nearest future.

Karimov stressed the successful development of bilateral friendly and fraternal relations in all spheres and expressed satisfaction with the further expansion of cooperation in culture. The minister noted that the relations between Azerbaijan and Turkey should serve as an example for all Turkic states.

The minister also provided information about the comprehensive reconstruction and restoration works conducted in the territories liberated from occupation.

During the meeting, the sides also discussed the visits of Minister Anar Karimov to Turkey and the delegation led by Deputy Minister of Culture and Tourism Ahmet Misbah Demircan to Azerbaijan. They mulled joint projects and prospects for joint activities and cooperation in the field of culture.

They also discussed the completion of the preparation of the action plan on documents discussed and signed between the two countries at the session of the joint commission on culture in Ankara and the works to be conducted in connection with their signing in the nearest future.

The sides expressed satisfaction with the development and expansion of relations between the two countries in protecting cultural heritage and restoring historical monuments in the framework of cooperation with the Turkish Cooperation and Coordination Agency.

It was noted at the meeting that the 7th Baku International Book Fair will be held on October 6-10 this year with the organizational support of the Ministry of Culture and that representatives and publishing houses from Turkey will take part in the event.

The meeting participants also discussed the projects implemented in Azerbaijan and Turkey within the "Year of Yunus Emre" and "Nizami Ganjavi Year" and the events planned to be organized jointly in the future. 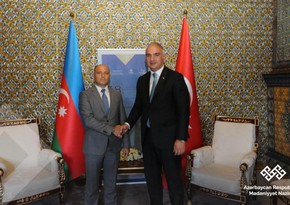 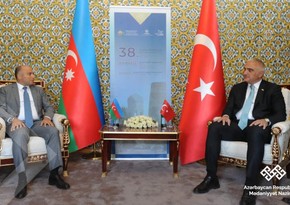