Baku. 24 February. REPORT.AZ/ 'Certain bans have been applied in regard with the films brought to Azerbaijan.'

He said in accordance with the bans, age categories of the films brought to Azerbaijan will be determined: 'For example, films, which promote violence and pornography have been prohibited'.

According to the Sector chief, about 12 thousand films, brought to Azerbaijan from abroad, have been recorded: 'After this films having no state register will not be allowed to be shown on cinemas.' 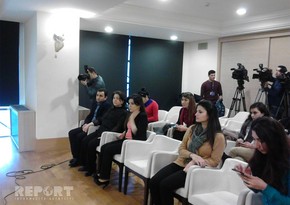