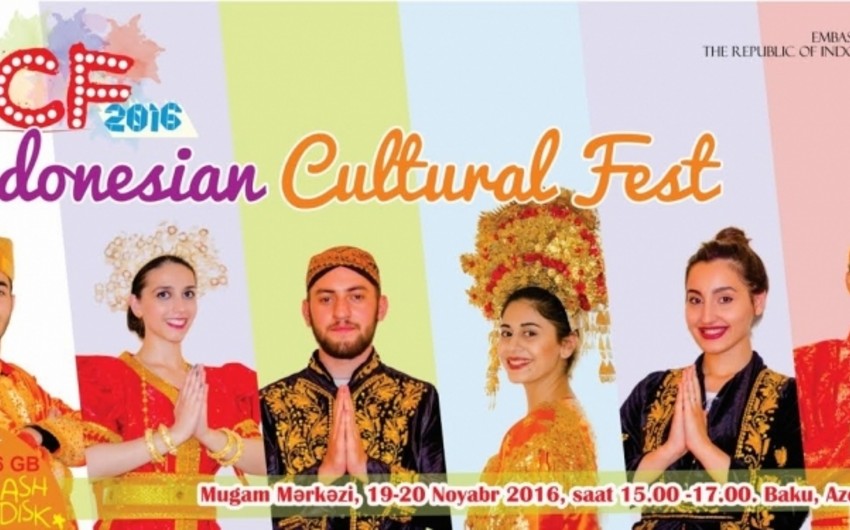 Report informs, the festival started with a concert in the Heydar Aliyev Palace.

Speaking before the concert, Indonesian Ambassador to Azerbaijan Husnan Bey Fanani said that the main purpose of the concert is to show the country's rich culture to the Azerbaijani people.

He said about 1000 Azerbaijani refugees and IDPs participate in the concert as guests. The ambassador said that Indonesia intends to demonstrate its solidarity with the people displaced from Nagorno-Karabakh region and surrounding districts of Azerbaijan occupied by Armenia.

The diplomat stressed that Azerbaijan and Indonesia are cooperating in different spheres.

Then Deputy Azerbaijani Culture Minister Adalat Valiyev, MP Ganira Pashayeva and guests from Indonesia made speeches. The national dances and songs of various islands and nations of Indonesia were presented to the audience.

An exhibition and fair of Indonesian culture, cuisine were also organized within the framework of the concert.

Notably, the festival will end with a concert and dance program at the National Park on September 10.