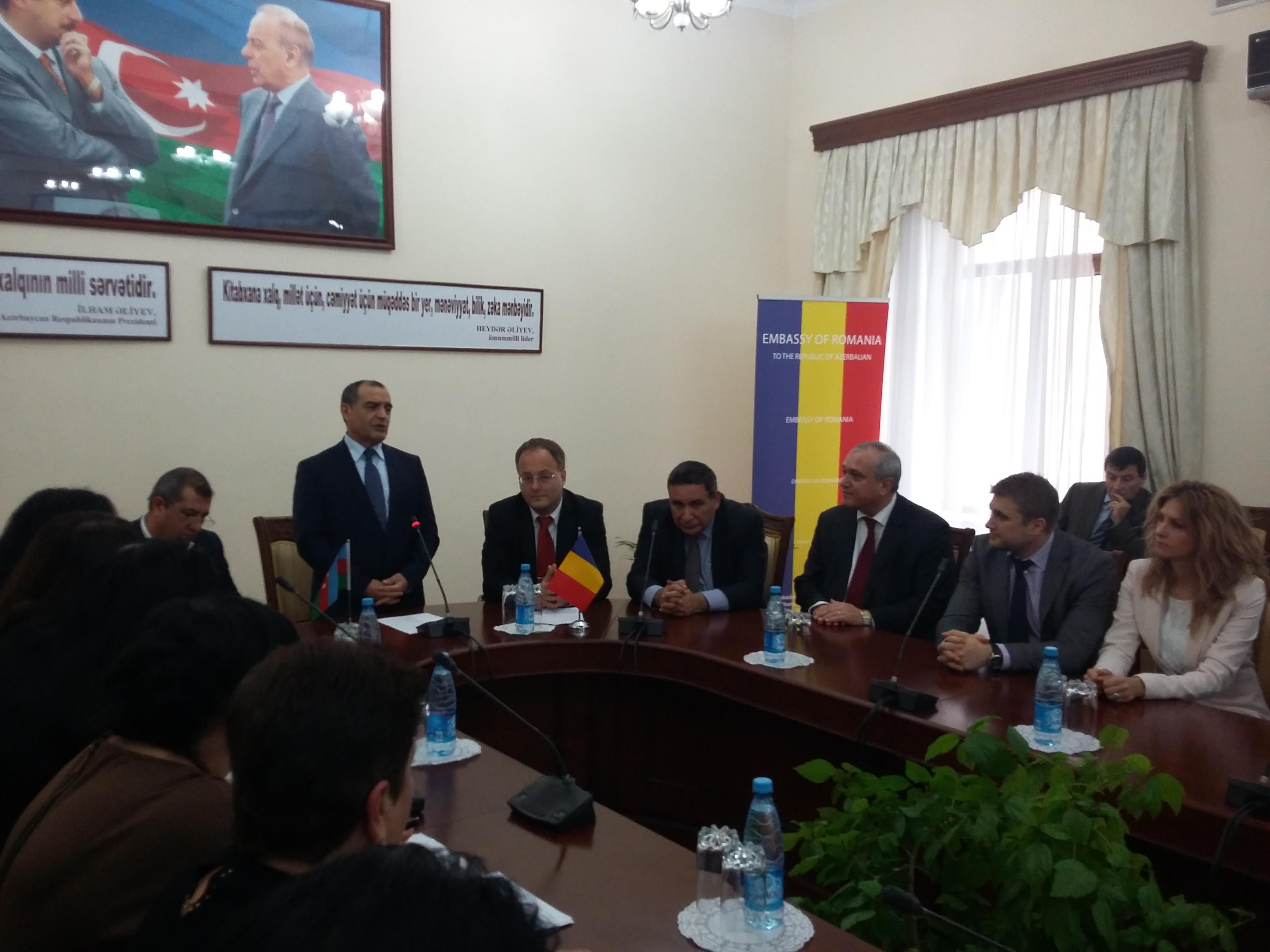 Report informs director of the library Kerim Tairov addressing at the event informed about the Day of the Romanian culture.

According to him, this is the first event organized by the National Library of Azerbaijan and the Embassy of Romania in Azerbaijan and supported by the Ministry of Culture and Tourism.

He said that in the framework of activities organized by the library, there will be an exhibition of Romanian culture and Romanian cuisine.K.Tairov expressed the importance of such activities to the peoples of the two countries, so that they would have more information about each other.

In turn, the Romanian Ambassador Daniel Cristian Ciobanu expressed gratitude to the National Library and the Ministry of Culture and Tourism for the opportunity to hold in Baku an event dedicated to the Day of the Romanian national culture.

Speaking about bilateral relations, D.K.Chobanu noted that the strategic ties between the two countries are developing rapidly.In addition, the ambassador listed activities and initiatives in the field of culture, which were organized between Azerbaijan and Romania.

At the end of the event Azerbaijani poetess Farida Hajiyeva read out poems of Mihai Eminescu translated by her from Romanian to Azerbaijani language.