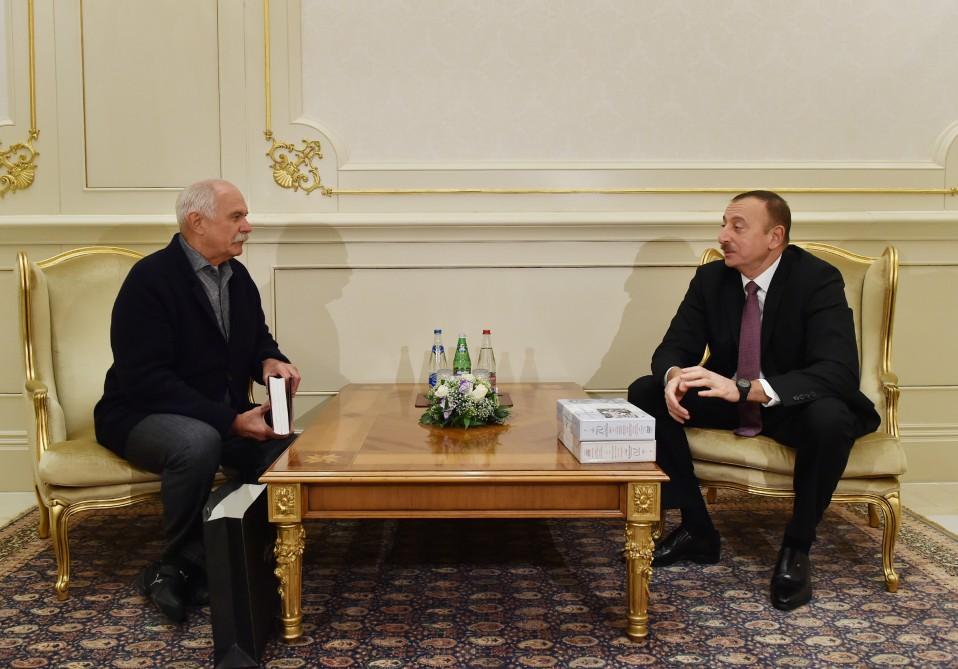 Report informs, the sides emphasized that Azerbaijan and Russia successfully cooperate in all fields, particularly in humanitarian area.

It was noted that the visit of Nikita Mikhalkov contributed to the expansion of cooperation, the strengthening of relations between the two countries and nations. The sides said the visit particularly contributed to Azerbaijani-Russian cooperation in the field of culture.

Nikita Mikhalkov expressed satisfaction with his visit, saying he was impressed by his meetings with Azerbaijani culture and art figures.

Nikita Mikhalkov presented the head of state with a collection of his films and a book released on the occasion of his 70th anniversary.