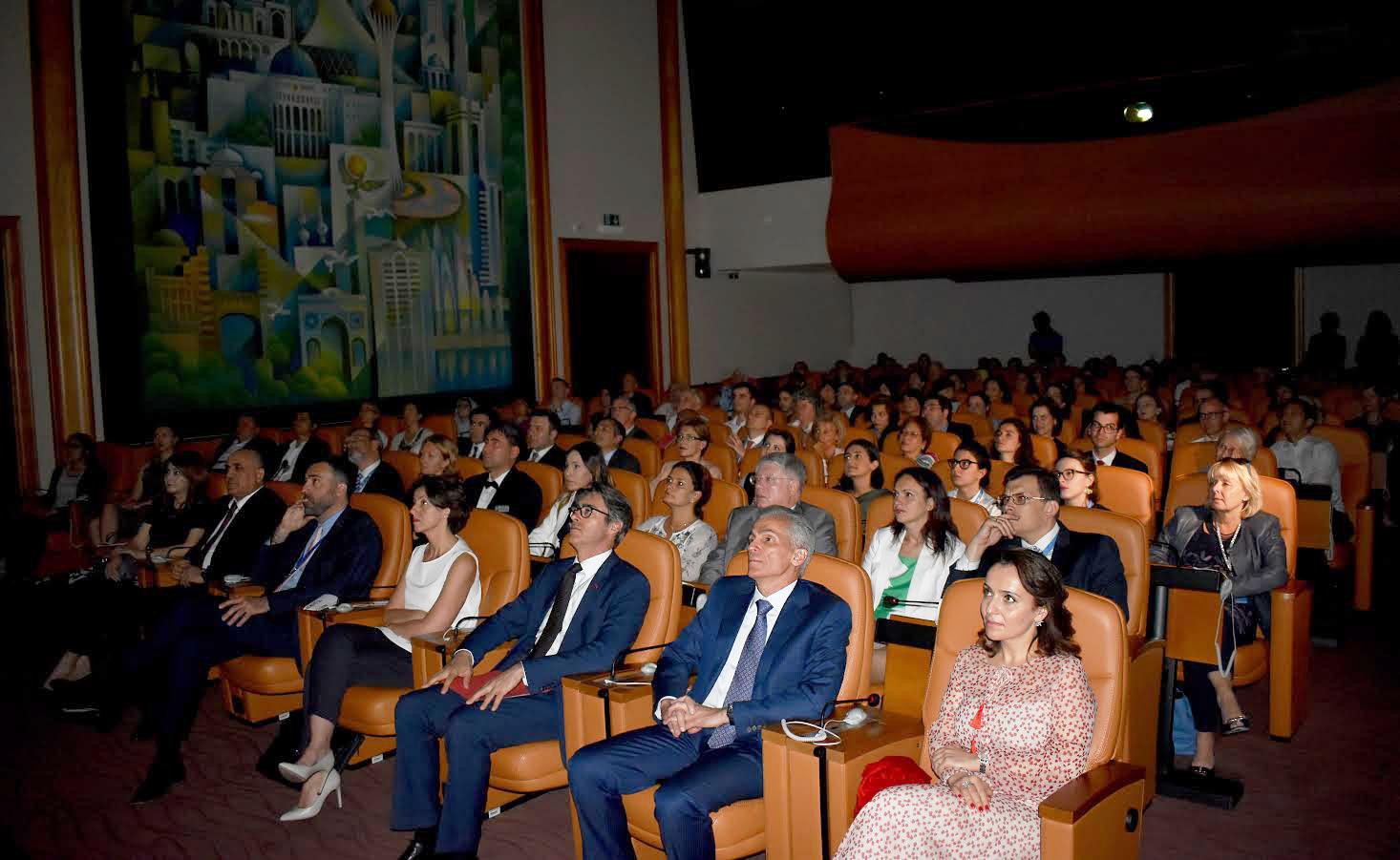 Baku. 9 June. REPORT.AZ/ Presentation of the film "Ali and Nino" was held at the UN Palace of Nations in Geneva with the organizational support of the permanent mission of Azerbaijan in the UN and other international organizations, as well as with the support of SOCAR Trading.

Report was informed in press service of the Azerbaijani Foreign Ministry, the head of the library of the Geneva branch of the United Nations Francesco Pisano who spoke at the presentation of the feature film highly appreciated the cinematographic qualities and music for the film "Ali and Nino", which was presented in many parts of the world and based on the novel of the same name written by Gurban Said. On the love of two young people belonging to different religions against the backdrop of Azerbaijan's struggle for independence and the occupation of Azerbaijan by Russia in the early 20th century.

Speaking at the event, the head of the permanent mission of Georgia at the UN office in Geneva and other international organizations Shalva Tsiskarishvili, CEO of SOCAR Trading Arzu Azimov said that the film, based on the novel of the same name written by Gurban Said, tells not only about the love between Azerbaijani Ali and Georgian Nino, but also represents a complete and objective picture of the political processes taking place in the South Caucasus at the beginning of the 20th century.

Notably, the film "Ali and Nino", in which there are many important messages for the society and people on the most relevant topics of the day - multiculturalism and tolerance - were approved by the audience.

Then the guests watched the film. They said that the picture left an indelible impression on them.