Polad Bulbuloglu: Today, UNESCO needs a resolute person who can offer new ideas 'I speak English just as well as many ministers of culture' 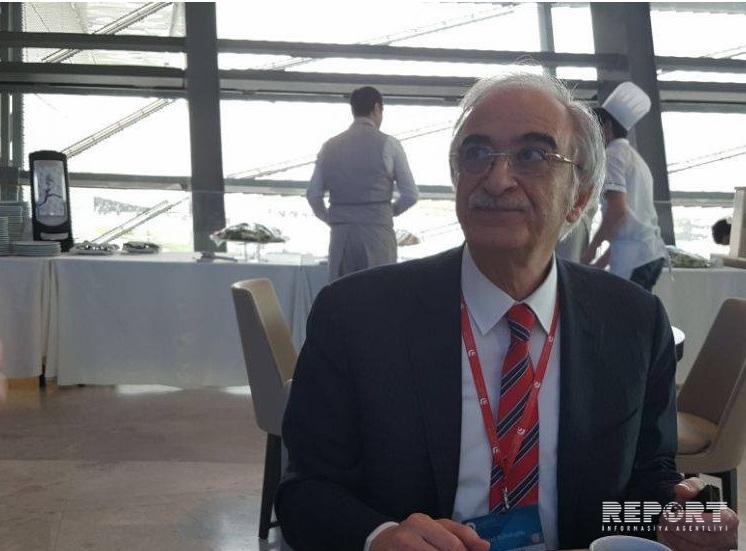 Baku. 6 May. REPORT.AZ/ The Ambassador of Azerbaijan to Russia, the candidate for the post of UNESCO Director General Polad Bulbuloglu commented on his chances to take up this post.

Report informs, P. Bulbuloglu told reporters that all candidates for the post of secretary general are very strong.

"I would say that this is a political struggle and the struggle of ideas and proposals. Geopolitics is very important. Still there are five months, we will look, as all will develop. In any case, we will work to win, "the diplomat said.

Regarding criticism of his knowledge of English during his speech at the meeting of the organization in Paris, P. Bulbuloglu said that he speaks English just as well as many ministers of culture: "The language issue is controversial, because, as in UNESCO, and in the United Nations, there are 6 major languages, including Russian, which I perfectly master. There were demands for English and French, but I will not speak about the legitimacy of this requirement. In any case, I gave the answers to the questions. I'm not a native speaker as British people. There are 5 months ahead, I'm preparing, moreover, when a person gets into the work environment, it is natural that the language improves

The important thing is what a person has in his head what ideas he can offer, given what difficulties UNESCO has right now. Today UNESCO needs a resolute person who can offer new ideas, approaches and reforms. I have a huge experience of crisis management. I was a Minister of Culture in the period when the USSR collapsed. For several years there was no funding, but we did not shut down any libraries, not a single museum, not a single theater in Azerbaijan, we preserved all the infrastructure."

The diplomat also answered a question about the hysteria in the Armenian society regarding the nomination of his candidacy for the post of UNESCO Director General, saying that there is nothing else to expect from them: “There is Armenian church in the center of Baku, restored at the expense of the state. It stores more than 5000 books in Armenian, which are not even in Armenia itself. Azerbaijan helps Christian world to restore monuments. Can such a country purposefully destroy something? This is another trick of propaganda by our neighbors."