Minister: Films contrary to our moral values should not be displayed in Azerbaijan

Minister: Films contrary to our moral values should not be displayed in Azerbaijan Baku. 26 December.. REPORT.AZ/ Culture Minister Abulfaz Garayev has commented on vulgar expressions which are widely spread in Azerbaijan TV series. 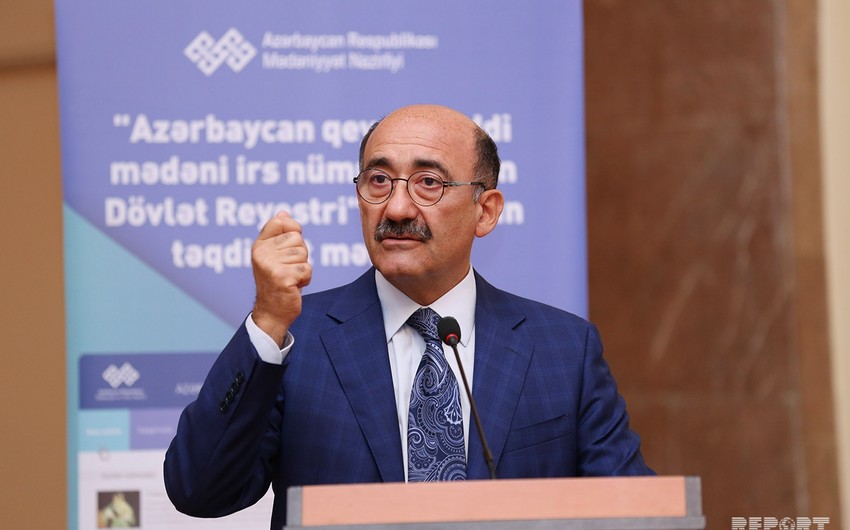 Minister told Report that President has recently signed a decree on measures to protect the purity of the Azerbaijani language and improve the use of the state language, and language studies should be carried out in accordance with that document.

Garayev stressed that every state enterprise, its head and employees, as well as other related persons, should preserve the purity of the Azerbaijani language in all places and should observe the rules.

The minister said that modern influences on this issue are inevitable: "All these should be done on the condition to preserve the purity of the Azerbaijani language. I think that language issue should be paid special attention in the plays performed in our theaters or while shooting films. The Ministry of Culture controls this issue within the scope of its authority. "

Garayev said that the Ministry of Culture will register foreign films: "Every film displayed in Azerbaijan should be monitored to preserve moral values of the country. At the same time, we will pay attention to the promotion of our cinemas in the regions."