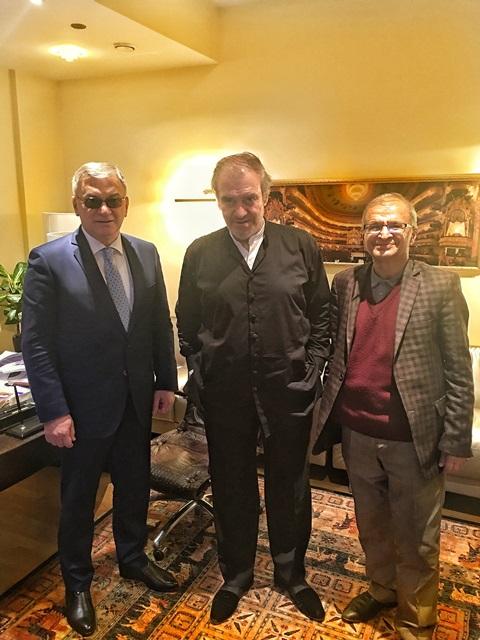 Baku. 13 January. REPORT.AZ/ Leadership of the Mariinsky Theater has met with Sultan Gasimov, Consul General of Azerbaijan in St. Petersburg.

Russian bureau of Report News Agency informs, the sides discussed cultural ties between the two countries and future prospects for cooperation. Artistic director of the Mariinsky Theater Valery Gergiev noted the high level of skill of Azerbaijani soloists - former and current employees of the theater. In particular, professional level of the theater soloist Regina Rustamova was stressed.

V. Gergiev shared with Sultan Gasimov his good impressions about his last trip to Azerbaijan. He expressed his high respect to the great Azerbaijani composer Arif Melikov, and also noted that Azerbaijan presented the USSR and the world many famous figures of culture and art. Maestro V. Gergiev expressed interest of the Mariinsky Theater in the development of relations with Azerbaijan, as well as organization of joint cultural projects in cooperation with the Heydar Aliyev Foundation.

At the end of the meeting, the sides reached an agreement on expanding the ties between the Consulate General and the Mariinsky Theater, as well as arranging visits to Azerbaijan.