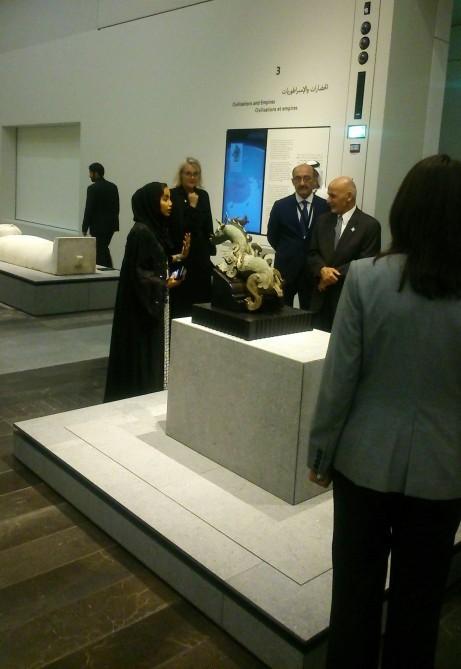 Report was informed the press service of the Ministry of Culture and Tourism.

Emmanuel Macron said the inauguration of museum will contribute to the development with Islamic and Arabic world. As part of the event, minister Abulfas Garayev met with his counterpart from UAE Reem Al Kaabi.

Cooperation issues in cultural area between two countries was discussed at the meeting.