Kamran Imanov: Roots of Armenian plagiarism closely linked to their territorial claims Agency Director: Such attempts by Armenians is not at all manifestation of cross-cultural integration process 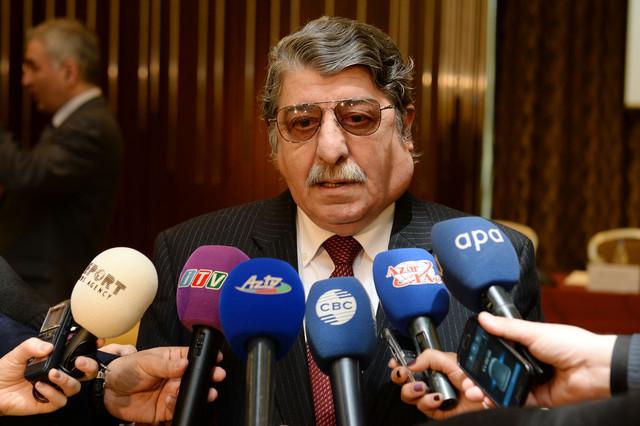 Baku. 4 April. REPORT.AZ/ "Roots of Armenian plagiarism is closely linked to their territorial claims. However, Azerbaijani east musical instruments such as tar, kamancha, balaban, zourna, oud that the Armenians attempt to misappropriate, have been created many years ago to the Armenians settled in the South Caucasus.

According to him, at present, Armenians attempt to deliberately misappropriate folklore, folk music, cuisine, carpets, dances as well as musical instruments of Turkic people, especially of Azerbaijanis, other neighbors: "Such attempts by Armenians is not at all manifestation of cross-cultural integration process".

K.Imanov said that political interests stand behind such efforts by Armenias.

He said that currently, 18 musical instruments have been registered at the Copyright Agency and certificates were issued.