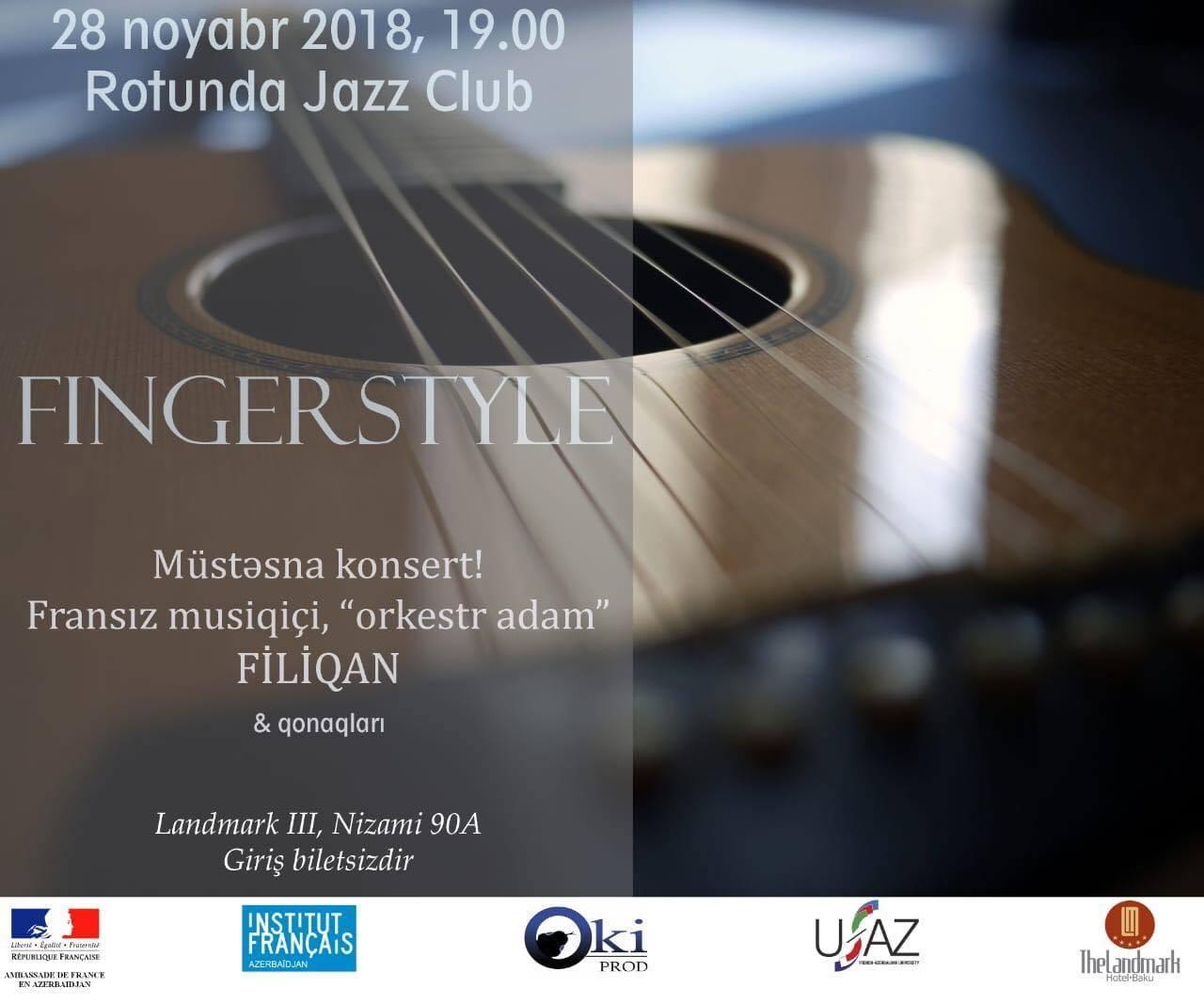 The concert will be held at Landmark RotundaJazzClub at 19.00 on November 28. The entry is free of charge.

The event is organized by the French diplomatic mission in Baku, French institute and Azerbaijani-French university (UFAZ).

Discovered by Marcel DADI and Jean Félix LALANNE at the age of 14, FILIGAN shows a real talent for the guitar instrument and an ability to adapt that will lead him very early on to play alongside the greatest musicians. Directly inspired by his generous nature, he offers with disconcerting ease, a spontaneous music, full of life, while keeping a melodic verve that draws on all styles. He knows how to remain unpredictable, and surprises are not lacking during his concerts which are a mixture of virtuosity, pedagogy and humor with a backdrop of boundless energy.