Euronews: Being in Gabala, be sure to try local shish kebab on stone

Euronews: Being in Gabala, be sure to try local shish kebab on stone 'Azerbaijan’s kebab is the most delicious and has special properties'
2276 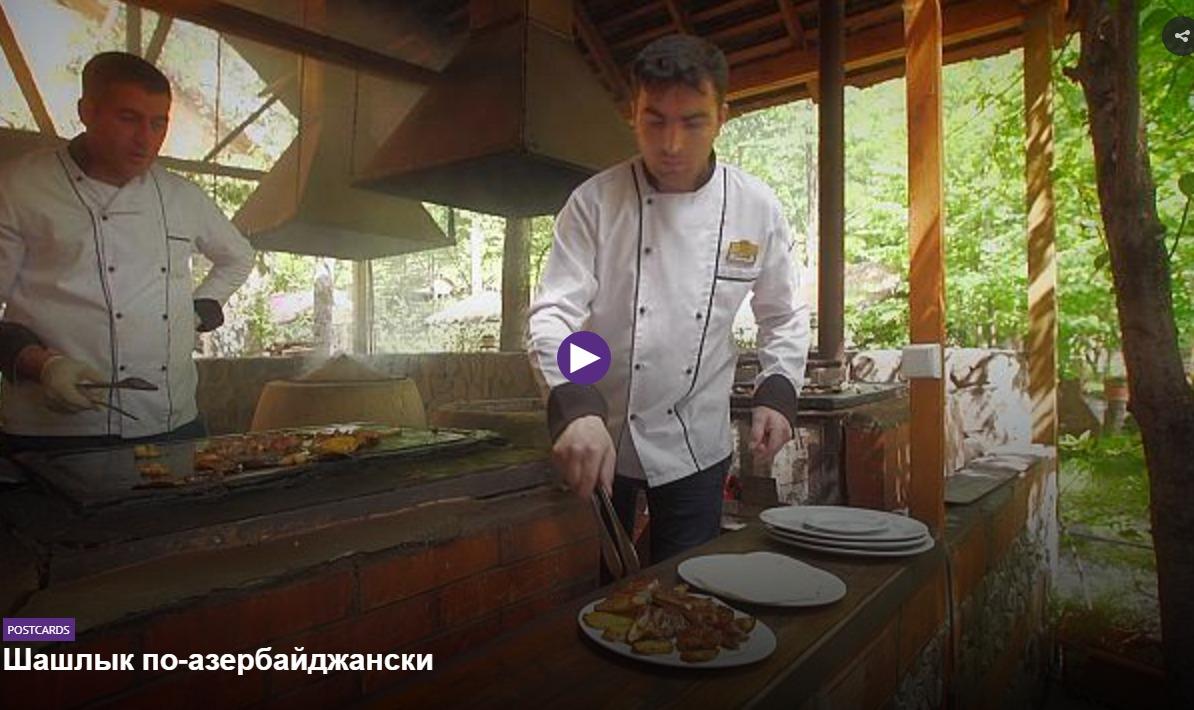 The footage features local sights of "the most beautiful ancient city of Gabala".

"As it should be in the Caucasus, after cultural impressions it's time to pamper the stomach. And what comes first to mind when you are in the Caucasus? Of course - shish kebab!", says the story.

TV presenter Aurora Velez notes that "while in Gabala, be sure to try the so-called "dasharasi kebab" (shish kebab on stones) "..

"The meat is pre-soaked in mint leaves, then pawned between mountain stones and fried in a special way on the fire," the presenter reports.

In the story, Azerbaijani chef Zahir Musayev expresses confidence that the local kebab is the most delicious and has special properties. The tradition comes from the shepherds, who cooked their meat with dasarashi, between two slates. They take 25 minutes to cook properly”, the Euronews says.

"Well, before the meat at the beginning of the meal you can order a famous snack "doymech". It consists of plum, cherry and greenery and increases appetite. In general, there are many places in Gabala and its environs, where you can have a snack or have a good dinner, TV channel informs.