EU Ambassador: We want to turn IMAGINE Euro Tolerance Festival in Baku into a tradition

EU Ambassador: We want to turn IMAGINE Euro Tolerance Festival in Baku into a tradition Festival will be held in Baku from 2 to 17 May 2018 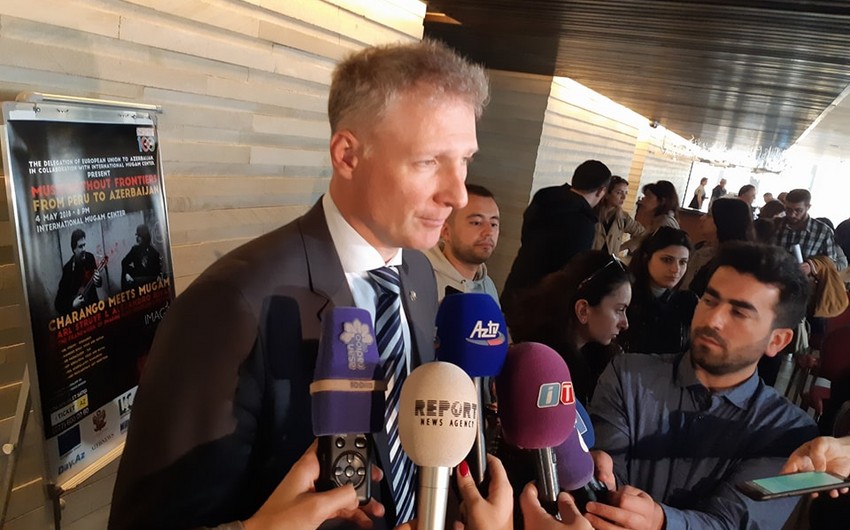 into a tradition for future generations, a tradition that will unite with the EU and other countries under the aegis of tolerance.

Report informs, the head of the EU delegation in Azerbaijan, Ambassador Kęstutis Jankauskas, stated at a press conference in connection with the opening of the 2nd European festival of tolerance IMAGINE on the occasion of the 70th anniversary of the Declaration of Human Rights which coincided with 10th anniversary of Delegation of the European Union to Azerbaijan.

Ambassador of Poland to Azerbaijan Marek Tsalka also noted the importance of holding this event: "This festival will promote the spread of ideas of tolerance, as well as the development and strengthening of relations between Azerbaijan and the EU countries."

Besides EU countries, Brazil, Costa Rica, Israel, Moldova, the USA, Mexico and other countries have joined the festival.