EU Ambassador: Baku is the best place to organize festival of tolerance

EU Ambassador: Baku is the best place to organize festival of tolerance The opening of the first IMAGINE Euro Tolerance festival took place in the capital of Azerbaijan 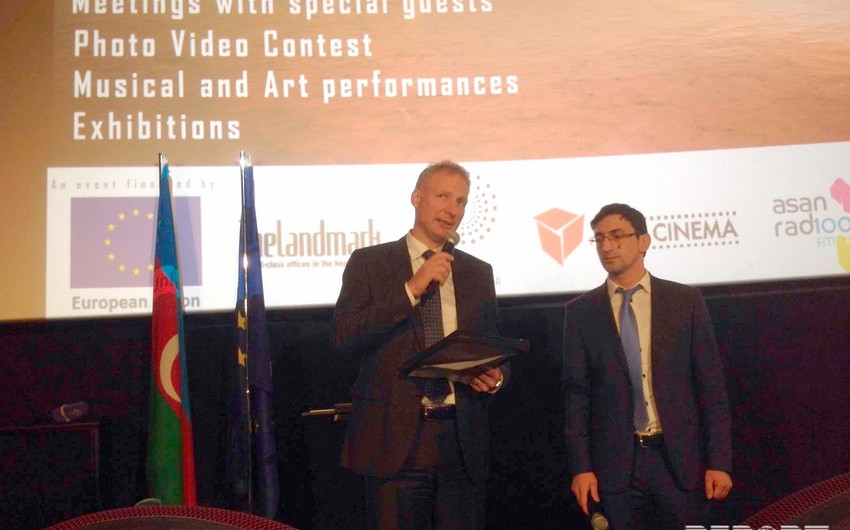 Report informs, the event was organized by the European Union representation in Azerbaijan, embassies of the member countries of the structure accredited in Azerbaijan.

The head of the EU mission in Azerbaijan, Ambassador Kęstutis Jankauskas, stated at the opening of the festival that the goal of the event is to demonstrate tolerance in various genres of art - cinema, music, dance, etc.

The ambassador noted that the festival is dedicated to the 60th anniversary of the Rome Agreement and Baku is the best place for such an event.

"Because this city has always been characterized by two words - tolerance and diversity," the ambassador said.

During the festival, 34 films will be shown, 9 meetings with various famous directors, producers and actors from Belgium, Latvia, Lithuania, Poland, Israel, as well as Azerbaijan, 6 concerts of famous foreign musicians and theatrical performances will be held.

The festival ends on October 20.