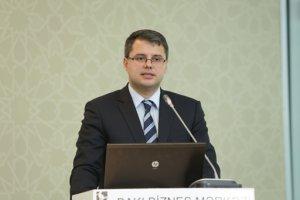 Baku. 4 February. REPORT.AZ/ Azerbaijani delegation headed by the Deputy Minister of Culture and Tourism Nazim Samadov left for the city of Siem Reap Kingdom of Cambodia to participate in an event called World Congress on Tourism and culture: the creation of a new cooperation.

The organizers of the visit - the UN World Tourism Organization and UNESCO.

Report informs the information spread by the press service of the Ministry of Culture and Tourism.

The event was witnessed by the Secretary of the World Tourism Organization Taleb Rifai, director general of UNESCO Irina Bokova, the King of Cambodia Norodom Sihamoni and Prime Minister Hun Sen, Ministers of Culture and Tourism of about 50 countries and other dignitaries. The issues of economic growth, social development, joint cooperation in the fields of tourism and protection of culture to be discussed here.

The three-day conference is a favorable chance to review cooperation and problem-solving in the areas of culture and tourism.

The event will last until February 6.