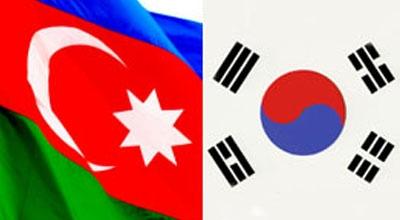 Report informs, Azerbaijan is represented with a large delegation in the international event to take place from August 21 up to October 18.

In the framework of the festival, "Day of Azerbaijan" will be held on August 22. The members of the State Dance Ensemble and Ancient Musical Instruments Ensemble, pianists and soloists, saz players from Gabala will perform at "Day of Azerbaijan" to be held by the organization of Azerbaijani Culture Foundation and SEBA (Seoul-Baku) Azerbaijan-Korean Cultural Exchange Association and the support of the Ministry of Culture and Tourism, Azerbaijani Embassy in Seoul.

Along with "Day of Azerbaijan", the country's art masters will perform with a cultural program twice a day for a week.

In addition, the agreement "On the establishment of friendly relations" was signed between Gyeongju city of Korea and Azerbaijani city Gabala.

The agreement was signed by the head of Gabala District Executive Power, Sabuhi Abdullayev, who was on a visit to this country,  and mayor of Gyeongju city, Choi Yang-sik.