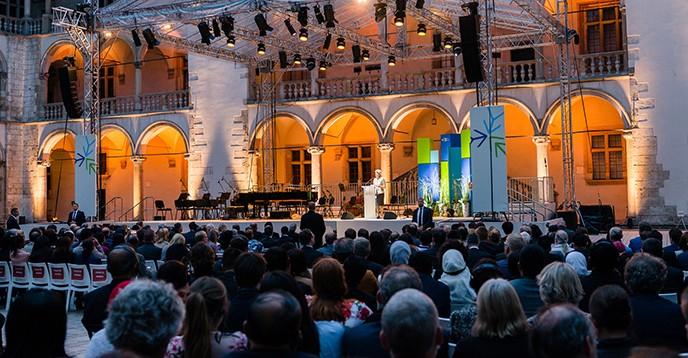 Baku. 4 July. REPORT.AZ/ The opening ceremony of the 41st session of the World Heritage Committee took place on 2 July at the Royal Palace of Wawel in Krakow, Poland, in the presence of other leading personalities.

Report informs citing the UNESCO press service, nearly 1,000 people attended the event, among them the President of Poland, Andrzej Duda, Deputy Prime Minister, Minister of Culture and National Heritage Gliński, Director-General of UNESCO, Irina Bokova, the Chairperson of UNESCO’s Executive Board, Michael Worbs, the Mayor of Krakow, Jacek Majchrowski, and the Chairperson of the World Heritage Committee, Jacek Purchla.

The Committee will also decide on the inscription on the World Heritage List of 33 nominated sites, which include six natural sites, 26 cultural and one that is proposed both as a natural and cultural site, which includes Cultural center Sheki and Khan's Palace (Azerbaijan).

The Committee will be in session until 12 July.